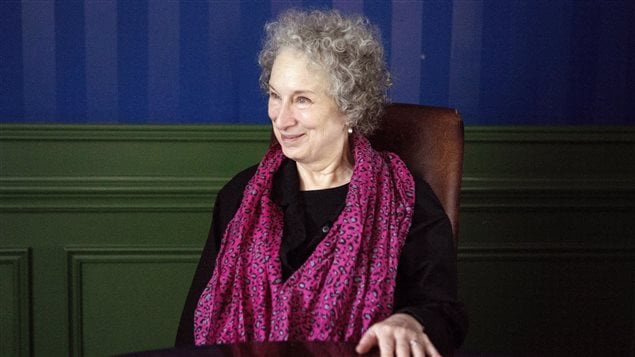 Writer Margaret Atwood poses for a photo as she promotes her new book "MaddAddam" in Toronto last year. This week Ms. Atwood sharply criticised of the Canada's Conservative government for an audit of PEN Canada, of which she is a member.
Photo Credit: Canadian Press / Chris Young

Another salvo has been fired in a long-running Canadian culture war that pits civil libertarians and their allies against Prime Minister Stephen Harper’s Conservative Party government and its supporters.

Mr. Harper’s most ardent critics say he is a master of the fine art of wedge politics and is pandering to his socially conservative base by vindictively targeting organizations who differ with Conservative policies?

Supporters of the prime minister say the government is doing nothing of the kind, that it seeks only fiscal responsibility.

The conflict was re-ignited this week when the Canada Revenue Agency audited the Toronto-based charity PEN Canada, which has criticized some Harper policies in the past.

PEN Canada is a member of PEN International, the world-wide organization of writers and supporters who promote freedom of expression.

The audit immediately raised fears–and hackles–in Canada’s literary community. Noted author Margaret Atwood, who is a member of PEN Canada, denounced them on her Twitter account. The Writers’ Union of Canada expressed concern, and PEN Canada announced an increase in both memberships and donations.

Conflict between the opposing sides was heightened in 2012 when the government announced it was giving the Canada Revenue Agency $8 million to investigate charities that might be exceeding the political activity limit.

Based on a government policy initiated in 2003 by the then-governing Liberal Party, charities are permitted to spend up to 10 per cent of their resources on political activities and are not allowed to endorse a party or a candidate.

Though the full list has not been made public, at least 50 charities are now facing political-activities audits. They include Amnesty International Canada, the Canadian Centre for Policy Alternatives, Canada Without Poverty, and the David Suzuki Foundation to support their contention.

The government is holding fast to its contention that the critics’ charges are without merit. A spokesperson for National Revenue Minister Kerry-Lynne Findlay, said this week the audits are being “conducted free of any political interference.”

Tasleem Thawar is PEN Canada’s executive director. RCI’s Terry Haig spoke with her by phone at her Toronto office.