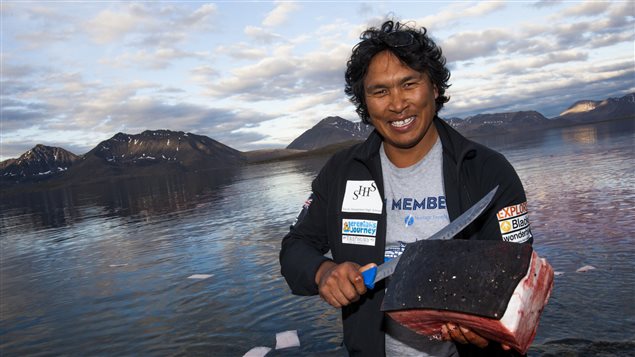 The inaugural Beringia Arctic game was held this summer in Chukotka, Russia.

On the third weekend in July, the small Arctic Russian community of Novo Chaplino welcomed participants from around the circumpolar world including Iceland, Greenland, Faroe Islands, Sapmi, Alaska, Nunavut, Norway and Denmark.

And though they came to compete in events like skin boat racing or traditional Inuit games like High Kick, many came away with much more than a medal.

“It was like going home,” said Johnny Issaluk, an Inuit games expert, actor and cultural ambassador from Canada’s eastern Arctic territory of Nunavut. “They live exactly the way I do, that my people do, it was astonishing.”

To find out more,  Eye on the Arctic’s Eilis Quinn spoke with Johnny Issaluk about the games and what it meant to compete in them: