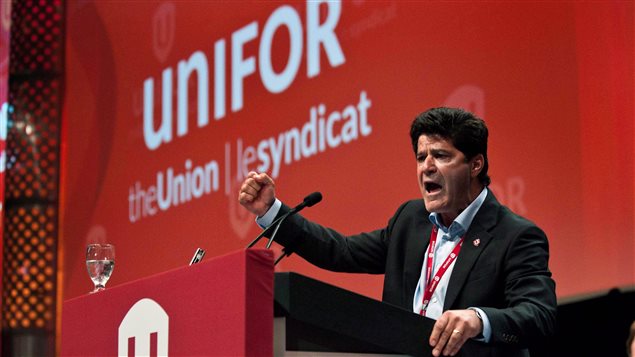 Despite the strong attachment to the NDP the union plans to urge its 305,000 members across Canada to vote strategically, for the NDP (New Democratic Party) or the Liberal party, to defeat the Conservatives.

“For us, we know that another four years of Harper will be disastrous for working class people in Canada, period. So, that in itself trumps going out there and putting support in a riding where we know that the New Democrats have no chance,” Dias told journalist Joan Bryden in an interview.

“If the New Democrats have a legitimate, good shot at winning, absolutely that’s where we’re going, no question about it. But if there’s not a hope in hell, why would I waste resources? It doesn’t make a stitch of sense.”

Bryden points out that “The union infuriated many New Democrats when it took a similar stance in last spring’s [provincial] Ontario election in a bid to stop Tim Hudak’s Progressive Conservatives.”

Conservative support collapsed in Canada’s most populous province, allowing the Liberals to win a re-election.