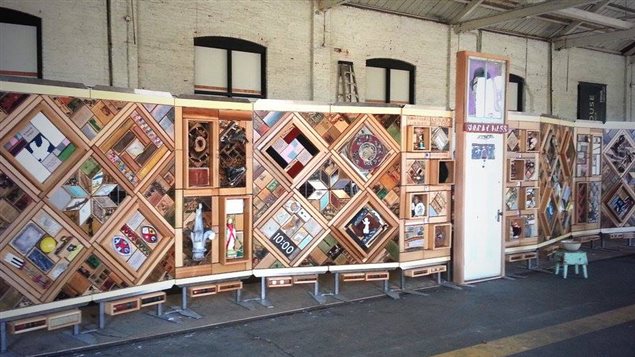 A tragic chapter of Canadian history involving the forced separation of Indigenous children from their families and homes to be educated in so-called “residential schools” is being remembered through a touring art project called the “Witness Blanket”.

The residential schools organized by the Canadian government in the 19th century and operated often by religious orders until the mid-1990s saw some 150,000 Indigenous children taken from their homes, denied their Indigenous language and traditions, and sometimes abused by the teachers of the schools.

To create a dialogue and an awareness of what happened, Indigenous artist Carey Newman has coordinated and produced an ambitious project called the “Witness Blanket” that incorporates pieces of the residential schools and other artifacts into a 40-foot installation.

The latest version of the “Witness Blanket” will be shown in Vancouver at Capilano University starting October 7. A pan-Canadian tour is being planned, as well as an expanded website.

RCI’s Wojtek Gwiazda spoke to Carey Newman about the project, and why he started it.