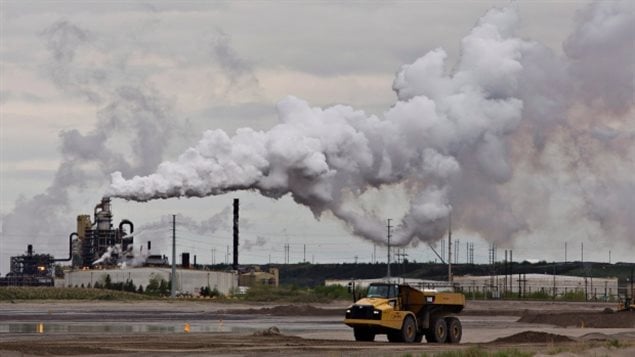 It looks like the European Union is backtracking on a plan to label crude from Canada’s oilsands as highly polluting. This comes at a time when tensions between Europe and its top oil supplier, Russia are high.

EU sources told Reuters news service that the desire for a trade deal with Canada was a factor in its decision to drop the requirement to label Canadian crude. Although the Canadian government has announced a Canada-EU trade deal several times, it has yet to be ratified.

The new plan still proposes a method to rank different fuel types according to the pollution they will cause over their life cycles, but will not single out crude from Canada’s oilsands. EU members should decide whether to adopt it within two months.

Environmental campaigners say exploiting the oil sands will make it very difficult to avert the devastating impact of climate change. “After a five-year siege by Canadian officials and industry lobbyists, the EU is letting oil corporations off the hook,” said Nusa Urbancic, a programme manager at campaign group Transport & Environment.

“Excusing the oil industry from carbon reduction efforts is unfair, inefficient, and costly as well.”