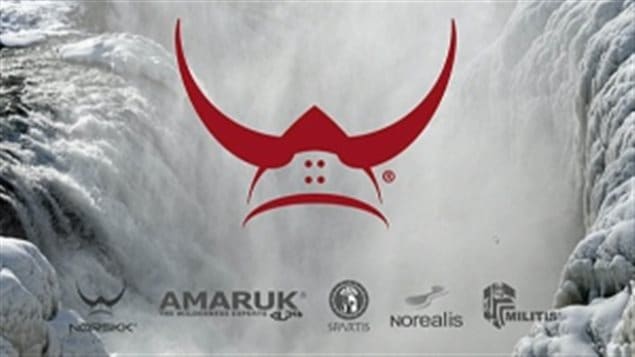 Amaruk is associated with Norskk, a "viking" survival training site and with several others. A CBC investigation has raised many new questions about Amaruk, a wilderness trekking company apparently based in Norway, but which claims to operate in Canada ad several other locations around the world. It is at the centre of an alleged anti-Christian attack. (CBC)
Photo Credit: CBC

It was a story that made news around the world.

Earlier this month it was alleged that Amaruk Wilderness Corp. the trekking company, originally thought to be based in Norway and operating in Canada, rejected a Christian woman from the western province of British Columbia who had applied for a job as a guide, initially alleging insufficient qualifications.  (Original CBC story by Natalie Clancy)

While the rejection letter  initially said Bethany Paquette was unqualified for the position, subsequent correspondance between Ms Paquette and Amaruk then went on and allegedly targetted the fact that she was Christian. In one case an apparent company executive, listed as Olaf Anderson, said he if he met God, he would have sex with him, using an expletive to describe the act.

In one of the emails, this one allegedly from Christopher Fragassi-Bjornsen who is listed as co-CEO, the issue of sexual orientation was brought into the conversation.  Blaming the Christian university (where Paquette had graduated as a biologist) for discriminating against non-heterosexuals, and as being against sex outside of marriage, the letter read, “ we believe that a man ending up with another man is probably the best thing that could happen to him…..and we are completely fine if a guy decides to go the emasculation route by marrying a B.C. woman”

Bethany Paquette has since filed a human rights complaint against the company saying she felt “attacked” and was discriminated against on the basis of her Christian faith.

No evidence Amaruk based in Norway

An ongoing investigation by reporter Natalie Clancy from Canada’s public broadcaster, CBC, has raised questions about whether this company, Amaruk Wilderness, is actually based in Norway, or that it even exists as a company offering actual services in Canada or elsewhere.

Since the story was reported, several other Canadian applicants to jobs listed by the company have told the CBC about bizarre email correspondence with supposed executives from the company.

The company has an elaborate and sophisticated website, as do its several affiliates, and lists phone numbers and contacts in places around the world.

However, Nicholas Tilgner, an experienced wilderness guide in the Yukon said the company tried to join a tourism association years ago but there were several red flags raised.

He told CBC that no-one has seen any Amaruk guides in the field or operating in the area. He said they also advertised trips to Baffin Island in December, although such trips are only allowed in the spring, and their site shows a photo of an outpost in the Yukon that doesn’t exist.

In addition, a Google plus account for the name “Olaf Anderson” with his purported photo, actually shows a photo of Norwegian actor Kristofer Hivju who played “Tormund” in “the Game of Thrones” the popular HBO television series

The CBC reporter tried phoning many of the 217 people listed on the website but with no success.  Instead there was a hold signal playing the soundtrack of loons.

Calls by RCI to the RCMP fraud service indicated that in some cases, the mere fact of calling certain numbers can result in charges to your phone with money going to the company or individual.

Christopher Fragassi-Bjornsen, co-CEO of Amaruk is also listed as an executive of several other companies including Spartic, Militis, and Norealis.

On Amaruk’s corporate registry in British Columbia, only Christopher Fragassi’s name appears, while in the national Industry Canada website, 217 names appear with 20 directors.

CBC has made sent emails to several of the Amaruk addresses about the new questions raised but the company has not commented. The lawyer for the company says these issues are simply allegations.

These new revelations have not changed the original human rights complaint, A press release from Bethany Paquette’s lawyer reads as follows.

“The latest revelations about Amaruk reported last night on the CBC will not have any impact on Bethany Paquette’s human rights complaint.  Amaruk Wilderness Corp is legally registered inBritish Columbia and Christopher Fragassi is listed on that corporate registration.

Neither he nor the company have denied sending the e-mails to Bethany, which were published by the CBCon Tuesday.  Whether or not some of the e-mails were sent under pseudonyms, or whether or not Mr. Fragassi has exaggerated the size or capabilities of his company, both the company and Mr. Fragassi himself will need to answer to the Human Rights Tribunal for their discriminatory decision.  The true author of the ‘Olaf Amundsen’ e-mails will also need to answer for their harassing language.

The fact that Mr. Fragassi appears to be a BC Resident will simply make it easier to enforce an anti-discrimination order from the Human Rights Tribunal.

“Bethany is a hero for standing up to Amaruk.  By taking a stand against the discrimination she encountered and by going public with her human rights complaint, Bethany has emboldened others to come forward,” said Ms. Paquette’s lawyer Geoffrey Trotter.

Bethany Paquette, a Kamloops resident and recent graduate of Trinity Western University, filed a human rights complaint against Amaruk Wilderness Corporation on September 30, 2014 primarily on the grounds of religious discrimination.”