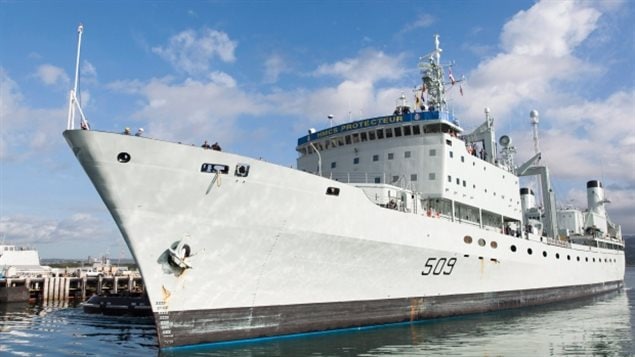 Canada is now many years behind in several programmes to re-equip its army, navy and air force.  Canada’s procurement process is complicated, involving different government agencies, often with conflicting priorities.

Elinor Sloan prepared a detailed report for the University of Calgary’s School of Public Policy on why delays have become the new reality of Canadian military procurement. She is a Fellow of the Canadian Defence and Foreign Affairs Institute and a Professor of International Relations at Carleton University in Ottawa.

The full report is called “Something Has to Give: Why Delays Are the New Reality of Canada’s Defence Procurement Strategy”

In terms of Canada’s military equipment, whether it be infantry weapons and kit, to trucks, to ships, to aircraft, much of it is either nearing, at, or even well beyond its normal service life expectancy.

Most of the procurement programmes which have been promised and planned, are now stalled or well behind schedule.

Just as one example, the Royal Canadian Navy is set to retire its two replenishment ships, HMCS Preserver and, HMCS Protecteur.

Plans for replacement of the ships had been discussed since 2004, with Protecteur planned for initial retirement in 2015, later extended to 2017. An engine room fire in February 2014 was determined to be too expensive to repair and the ship has been tied up since May.  There are no replacements ready to sail, despite the decade-long replacement program.

New joint support ships are only slated to begin construction in late 2016, with an in-service target of 2019-2020, but the government has yet to sign a construction deal with the designated shipyard, Seaspan of Vancouver.

In another programme, the government announced it would buy the US F-35 Joint Strike Fighter, but a non-competitive bid process, and wide cost inconsistencies caused an uproar of protest in Parliament along with serious questions about this plane’s ability to adequately fulfil Canada’s requirements and replace the CF18 fighters, the surviving planes now nearing the end of their airframe life. The fighter jets are now are over 27 years old on average old on and as of May 2014, there were 77 of the fighters still listed on strength of the original 138 purchased.

Cost has often been a factor in choosing new equipment but as Professor Sloan points out, delays only increase eventual costs.

Last February the government released its Defence Procurement Strategy. She points out that this strategy has the ambitious goal of maximizing Canadian industrial opportunities, while at the same time equipping the Canadian Armed Forces in a timely fashion. However these goals are mutually exclusive.

Either Canadian industrial benefits will be lost as equipment is purchased “off-the shelf”, or the forces will have to wait longer for equipment while Canadian suppliers are chosen and ramp up to supply components for chosen foreign platforms or designs.

She notes also that at least some of the required equipment specifications requested by Canadian planners involves designs that do not currently exist, whether helicopters or ships, which adds greatly to both cost and time factors.

In other cases the Statement of Requirements (SOR) bidding process so clearly targeted a particular design that it was challenged for lack of due process and had to be restarted, resulting in further delays.

Professor Sloan hopes that this report, based on publicly available information may help to guide improvements in military procurement, the most costly expenditure of Canadian tax dollars.

She notes that future reports may go more in depth in it’s information sources and analysis.