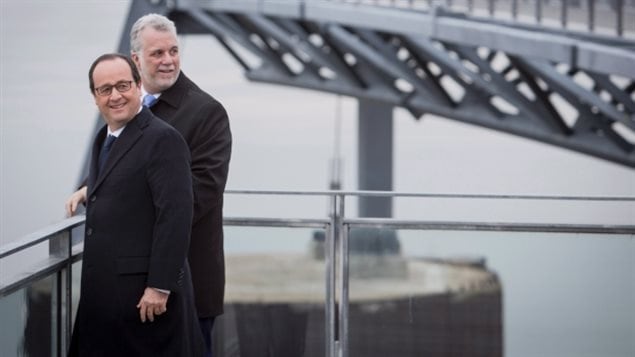 French President Francois Hollande was in Montreal and Quebec City on his last day in Canada.

He was honoured with the opportunity to address the Quebec National Assembly, and he told the provincial legislature, “Our friendship is not based in nostalgia over what could have been more than 400 years ago,” He summed up the relationship between the two French cultures as “unique” and ended with, “Thank you for loving France. We love you back.”

Quebec Premier Philippe Couillard described the “fraternal relationship” between France and Quebec, and noted the current challenges of both populations, including economic problems.

Francois Hollande and his delegation will spend the evening in Montreal, touring a digital arts centre among other activities.