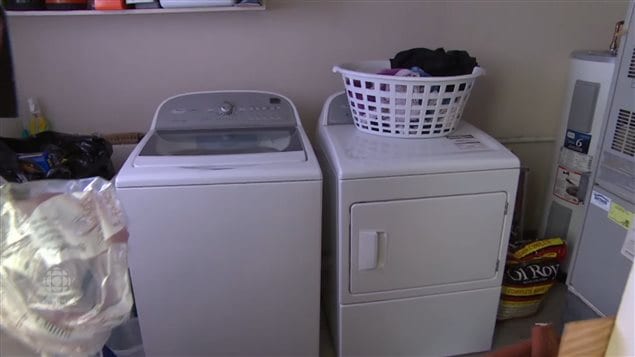 Items like clothes washers and dryers can be too expensive for some Canadians to buy outright, so some they agree to make monthly payments and end up paying much more.
Photo Credit: CBC

Canadians spend $260 million every year on products that they rent and hope to eventually own, paying very high prices that would not be permitted in some of the U.S. states. A special investigation by the public broadcaster, CBC has found the rent-to-own industry “targets cash-strapped Canadians and engages in opaque sales practices, then aggressively pursues customers who miss payments.”

Some Canadians don’t have enough money to buy outright household goods like beds, stoves, washers and dryers, or they can’t get loans to buy them. So, some of them turn to rent-to-own outlets where they can get the goods and only make low weekly payments over a long term.

The problem is that the total amount they end up paying, can be much higher than if they had bought the product outright. For example, CBC shopped for a laptop which sold for $499. At the advertised price of $19 per week over a two-year term, the buyer would have eventually paid $1,076.

The same transaction would be illegal in California. That is one of several U.S. states which have capped prices for rent-to-own schemes.