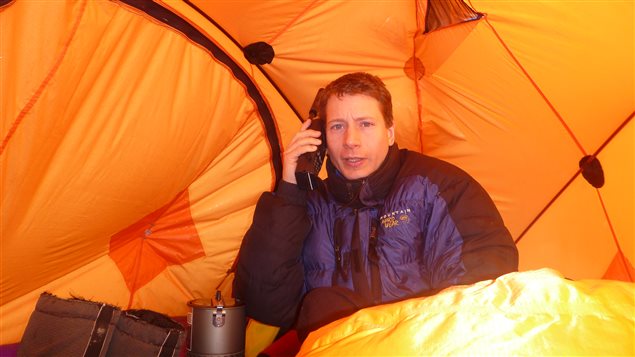 A chat with record-breaking adventurer Frédéric Dion, from the bottom of the world 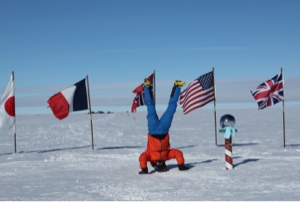 Quebec adventurer Frédéric Dion became the first person ever to reach the center of Antarctica on his own, on December 14.

And he did it in record time: taking 36 days to travel from Russia’s Novolazarevskaya research station.

But for the 37-year old father of two, it was not enough.

After 3,130 kilometres, he decided to go on, prolonging his journey by another 1,130 kilometres, in the hope of being the first solo expeditioner to get to the South Pole.

Dion is now only a few days away from his ultimate destination, Hercules Inlet.

Surviving on rice, granola bars and chocolate, he kite-skis, when wind permits, through the barren, unspoiled, hilly landscape. 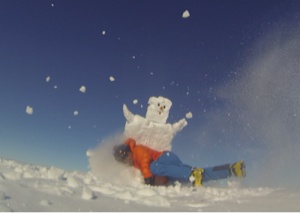 Dion has experienced a blizzard and endured temperatures of -50 degrees Celsius.

His tent almost went up in flames and he spent five hours repairing a 30-centimetre gash in his sleigh.

But his biggest enemy?  Besides sharp and hard icy ridges called sastrugis, it is…solitude.  It can be “dark”, he wrote last month.

Coming from this man, who is experienced at testing his mettle, the words are a testament to how taxing and impressive a feat his trek truly is.

Dion has made a living out of pushing himself to grueling limits, once running 33 marathons in seven weeks.

But he is finding that this latest challenge is taxing in new ways.

When mountains appeared far in the distance this week after 47 days of nothingness, Dion says it was a blessing. 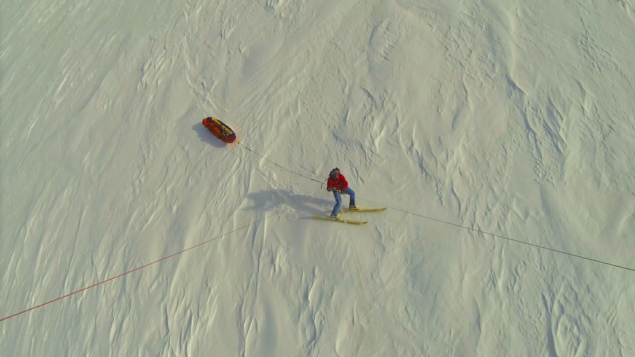 Photo posted to his blog on November 25.

“It’s been white all around for a long, long time.  Seeing into infinity, it is strange, but it brings you inside yourself.  You don’t see much outside.  So when I saw those mountains for the first time, it meant a lot.  It gave me something to see and to aim for.”

Hear about Frédéric’s journey and what he can’t wait to do when he gets home in this interview with RCI, from the South Pole: