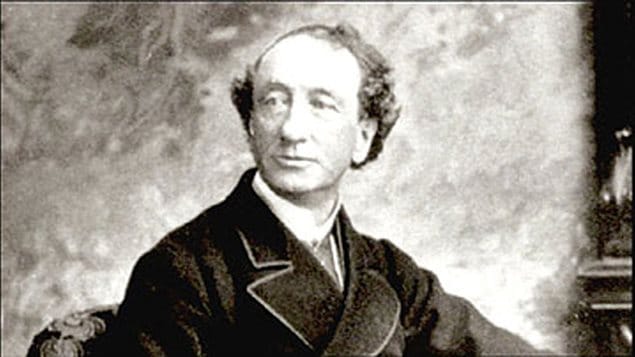 Canada's first Prime Minister, Sir John A Macdonald, the man who steered Canadian colonies into becoming the country of Canada on July 1, 1867. Sadly only about a quarter of Canadians know these facts

Happy 200th birthday Sir John A, founder of Canada…. Who?

Born in Glasgow, John A Macdonald, later Sir John, became a Canadian lawyer, and subsequently a politician and political leader in the rough and tumble colony of the United Province of Canada  (Upper Canada/Ontario and Lower Canada- Quebec) in the mid 1800’s.

As a prominent political leader he orchestrated the efforts of four provinces/colonies to join together to form a union and become Canada, on July 1, 1867,  Now celebrated as Canada’s national birthday.

He later fought through scandals and tough political battles to bring additional regions into the “Dominion of Canada” as new provinces, furthering his status as the father of the new nation of Canada.

His 200th  birthday will be celebrated on January 11 this year, yet a shockingly high percentage of Canadians don’t know some of this very basic Canadian history.

Historica Canada is the largest independent organization devoted to enhancing awareness of Canadian history and citizenship. They recently commissioned a poll by the firm Ipsos-Reid which surveyed 1,001 Canadians in June last year.

The poll found that over a quarter of Canadians (28%) couldn’t identify 1867 as the year of confederation of Canada, and one in five couldn’t even venture a guess.

A similar number (26%) couldn’t correctly identify Sir John A Macdonald as Canada’s first Prime Minister, and one in ten couldn’t even offer a guess as to who was the first PM>

Canada’s 150th anniversary will occur in 2017, yet when asked what important event will happen in 2017,  just over half knew that (56%) while 9-percent thought it was the centennial of the beginning of the First World War (actually 2014),  the PanAm games (happening this year in Toronto), or the 50th anniversary of Canada’s Charter of Rights and Freedoms (actually 2032).  Again one in four respondants couldn’t even venture a guess.

This may not be too surprising when one realizes that education is a provincial jurisdiction and only four provinces have mandatory history classes in the curriculum. This results in rather varied takes on the country’s history. This is especially so since the mainly French-speaking province of Quebec which focusses mostly on Quebec history and to a lesser extent Canadian history but from a Quebec-centric point of view.

Meanwhile recent evidence has pointed to a new location for the birthplace of the Father of Confederation. Previously it was thought to be a location south of the Clyde in Glasgow, but evidence now points to a location north of the Clyde, once a three story building at 18 Brunswick Place. Sometime in the past a level was removed and the two-story building and former pub, is now vacant, somewhat delapidated and destined for demolition stands. The current address is known 20 Brunswick Street.

Because of this new information, it’s hoped there will be pressure to stop the demolition of the only remaining building in Glasgow connected with this pivotal figure in Canadian history.