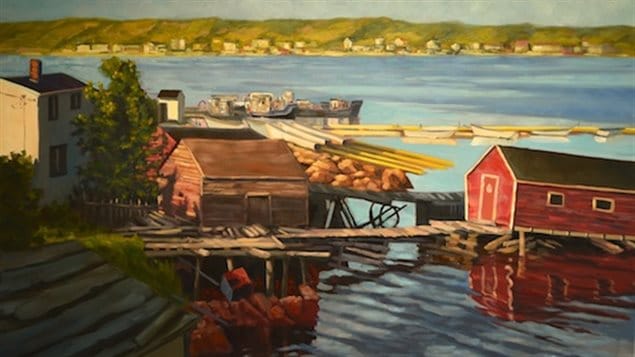 Sweeping landscapes evoking the majesty of the Ontario wilderness, the peace of nature undisturbed by human hand, the rustic nature of tilting buildings in rural Newfoundland, the boats and sea, or the seabirds, ocean, and warm scenes of Florida, all are inspiration for Canadian artist Michael Kilburn.

Born in Ireland, Michael’s family emigrated to Canada when he was still a young child. In school in Toronto, he demonstrated an early talent for art, but chose a career path in business instead.

Towards the end of his business career in the cosmetics industry, his artistic interest was re-awakened to eventually now become a full time passion.

In fact, he was a featured artist in the prestigious  art, architecture and design magazine, Arabella in the Autumn 2014 edition

Working in oils, he says he seeks to capture not merely the image of a scene, but the emotional presence as well, which he does quite successfully. There is often a hint of the ethereal in his paintings which draws the viewer into the work.

Keeping to his business ethic of a roughly 40 hour week, his studio time is divided among his central Ontario cottage and studio, his Newfoundland studio, and Florida studio, with occasional trips abroad to interpret scenes in places like France or Italy.

As to his relatively late return to art and painting and his own success he says that if one is interested in painting, take lessons from a painter whose style you personally like, paint lots, and don’t be too critical of your efforts.