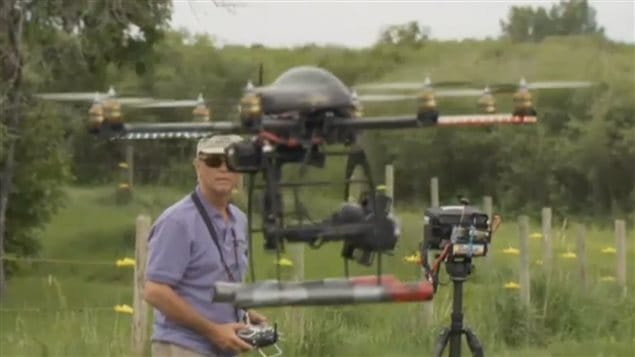 Drones- fun, useful, intrusive. From large government surveillance drones, to tiny spy drones that look like birds, the technology is developing at at a lightning pace. The Age of the Drones looks at several aspects of a technology that, for better or worse, is changing our world.
Photo Credit: ZOOT Pictures

Documentary film: Age of the Drones

In a  follow-up to their earlier documentary “Remote Control War”,  film about the military use of drones, Winnipeg filmmakers Leif Kaldor & Leslea Mair of Zoot Pictures now turn to civilian and government non-military applications of drones in the new film “Age of the Drones”

The doumentary looks at exponential development and use of small domestic drones.

While science is creating drones that can do unbelievable things like play catch, fly in formation through incredible manoeuvres, people are using drones for fun and interesting ways like getting birdseye views of their activities.

It has also been licensed to Polish TV and Public Broadcasting in the US.

AGE OF THE DRONES -TRAILER