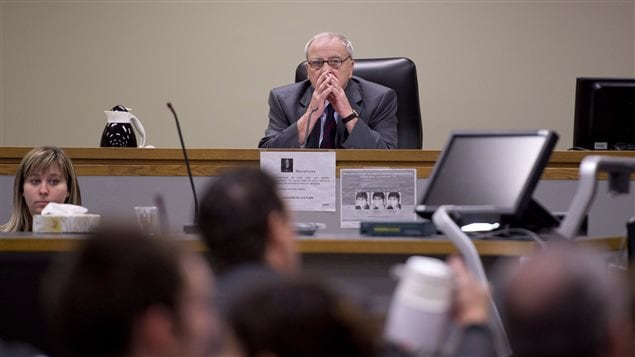 In a report on the death of 32 seniors in a nursing home Coroner Cyrille Delâge made it clear that sprinkler systems must be installed in all nursing homes and safety regulations enforced. If not, owners and city councillors should be ready to answer why they did not act when the next such tragedy occurs.
Photo Credit: Jacques Boissinot/CP

Coroner investigating 32 deaths, rules all nursing homes should have sprinklers

The coroner investigating the deaths of 32 seniors in a nursing home fire last year has released his report, with a list of recommendations including the mandatory retrofitting of sprinklers in all nursing homes. 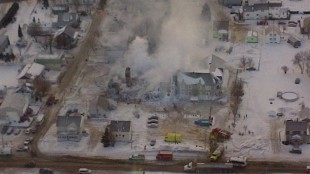 An aerial police photo shows the burned remnants of a seniors’ residence that was only partly equipped with a water sprinkler system.Thirty-two residents died in the January 23, 2014 fire.
(Photo Credit: Sûreté du Québec)

In the conclusion of his report released Thursday (February 12), Coroner Cyrille Delâge had one paragraph all in uppercase letters saying he knows building owners and city councillors will probably be upset with his report but they will have to explain to citizens why they did not act on the recommendations when another tragedy like this occurs.

The coroner was investigating the events of a fire that broke out shortly after midnight on January 23, 2014 in a seniors’ residence in the municipality of L’Isle-Verte in the Canadian province of Quebec. Of the 52 residents, 32 died in the fire.

RCI’s Wojtek Gwiazda spoke to Susan Eng, the Vice President Advocacy of CARP, a not for profit organization promoting seniors’ rights that has been advocating changes to nursing home safety regulations in Canada.