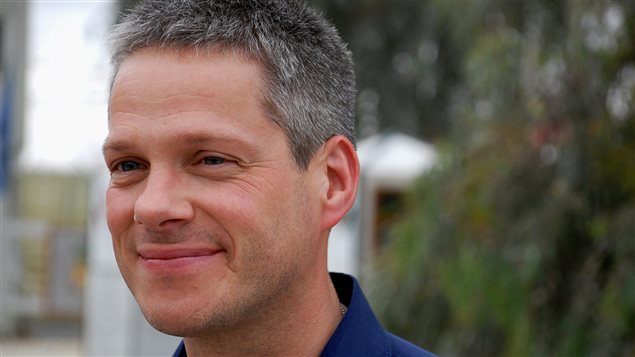 Canada's Ambassador-Designate to Venezuela Ben Rowswell in a 2010 photo when he was Representative of Canada in Kandahar.
Photo Credit: Murray Brewster/CP

Why have Canada, Venezuela not confirmed each other’s ambassadors?

Canada and Venezuela have not accredited each other’s proposed ambassadors, writes the Associate Editor of Ottawa’s Embassy Magazine Kristen Shane.  In the article posted Wednesday (March 4) on the Embassy website the journalist points out this comes at a time of “simmering political tensions between the [ruling Conservatives of Canada’s Prime Minister Stephen Harper] and the left-wing government in Caracas.”

Shane says “Despite Canada’s top representative in Venezuela apparently working in the South American country for at least seven months, Ben Rowswell hasn’t presented his credentials to the Venezuelan authorities, which usually happens within the first two or three months of arrival.”

In an interview with Embassy, the Venezuelan Ambassador-Designate Wilmer Omar Barrientos Fernández said Canada isn’t accrediting him because Venezuela hasn’t done the same yet for ambassador-designate Rowswell.

“When we arrive to a country, there are some guidelines of what you should and should not do,” he told Embassy through an interpreter in Spanish.So, the government has observed that he [Mr. Rowswell] has been very active. And I think he should wait until he is fully empowered and completely accredited in order to do all kind of activities.”

He wouldn’t specify what he meant by activities. “You have to ask him,” writes Shane.  Although the journalist does point out:

Venezuelan officials have also been annoyed by the Canadian Embassy’s presentation of a human rights award, which it’s given for the past six years, to Venezuelan individuals or organizations that Canada sees as contributing to the promotion or defence of human rights. This year’s winner, lawyer Marino Alvarado, received a February visit to Canada to tour several cities, meeting academics, government officials and non-governmental organization reps along the way.

In an article posted on the website of the Canadian Defence & Foreign Affairs Institute Peter Mazereeuw describes Ben Roswell as “one of Canada’s leading practitioners of digital diplomacy: he oversaw a pilot project last year on direct diplomacy for the Department of Foreign Affairs, Trade and Development where he helped to establish a communications platform for Iranians and Iranian emigrants to communicate with each other, and occasionally the Canadian government, beyond the reach of that country’s censors.”

The Foreign Affairs notice on February 28, 2014, of Roswell’s appointment as Ambassador notes he has served “as a policy officer for conflict management and peacekeeping and helped develop the Democracy Unit within the department..[and]has served…as chargé d’affaires in Baghdad, as deputy head of mission in Kabul and as Representative of Canada in Kandahar.”