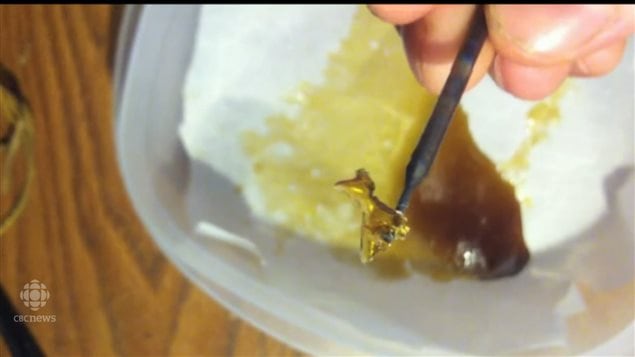 Police in Ontario on the lookout for ‘shatter’

A street drug called shatter has turned up in some parts of the province of Ontario and is worrying officials because of its potency and the dangers in producing it.

Shatter looks like peanut brittle or taffy and is produced by extracting resins from marijuana—specifically the active ingredient THC. Police say shatter is 70 to 80 per cent THC, compared to the five to eight percent in a typical marijuana joint. As a result, they warn the drug is highly addictive and its strength can catch users off-guard.

The solvents used to produce shatter are toxic and may still be present in the drug, and their fumes can become explosive if they build up during production.

Police have seized some small quantities of shatter, but no large-scale seizures have been reported in Ontario so far.