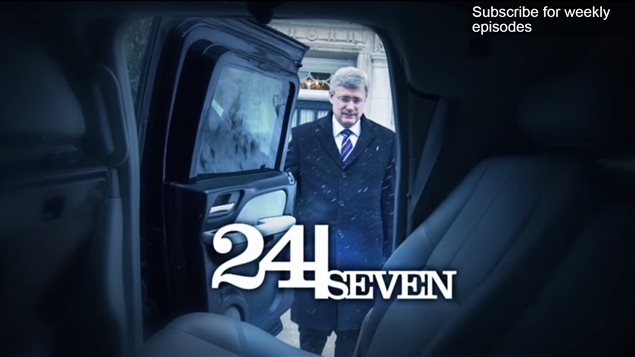 Since January 2014, the activities of Canada’s Prime Minister Stephen Harper have been summarized in a weekly video magazine called “24 SEVEN”. Produced by public servants in the Privy Council Office at an unknown cost, the videos present “what our Government has been up to” as the PM put it when announcing the service on Twitter.