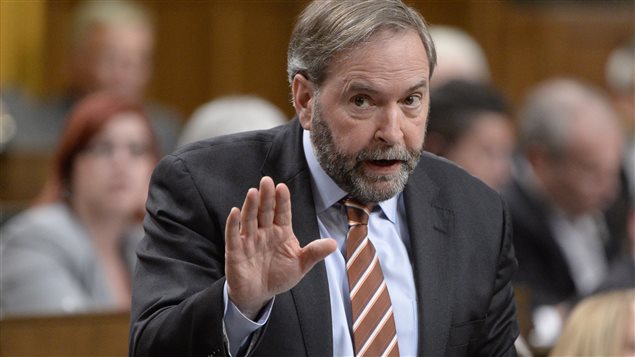 Official Opposition to government: Small business tax break was our idea, and you voted against it

In his first question during Thursday’s (April 23) Question Period in the House of Commons, the Official Opposition leader noted that his party had proposed such a motion back in February, and that every Conservative had voted against it in the House. Now those same tax breaks were being touted by the Conservatives as part of their Tuesdy budget.

Neither Finance Minister Joe Oliver, nor Prime Minister Harper were in the House to respond, both were at events promoting their small business tax breaks which come into effect after the scheduled October federal election.