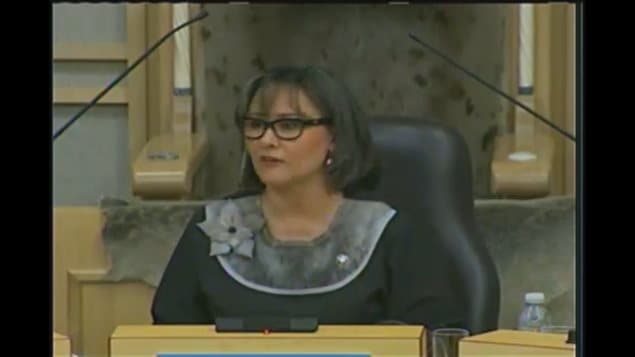 Canda's Minister of Environment and Minister for the Arctic Council, Leona Aglukkaq, summarized Canada's achievements over its two-year chairmanship of the Council on Friday, April 24, 2015.
Photo Credit: Arctic Council

“No one knows better more than the people who live here how to survive and to thrive in the Arctic environment,” said Canada’s Minister of Environment Leona Leona Aglukkaq and Minister for the Arctic Council as she chaired her last Council meeting as Canada’s two-year chairmanship of the Council came to an end.

The ninth ministerial meeting of the Council is being held in Canada’s northern city of Iqaluit from April 24 to 25.