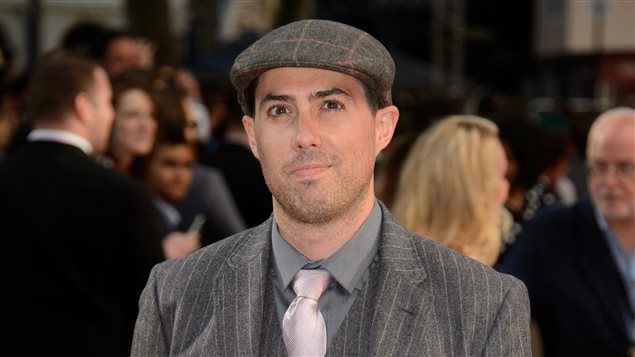 Brad Peyton, director of "San Andreas," at the world premiere in a London cinema on May 21, 2015
Photo Credit: AP / Jonathan Short

Brad Peyton, from the rock, loves working with The Rock.  The Rock of course is the nick-name giant actor Dwayne Johnson goes by, and “The Rock” in Canada is what Newfoundland is known as.

From the Rock to working with The Rock

“San Andreas” is their summer blockbuster on screens worldwide now.  It’s Warner Brothers US$100 million dollar disaster-fest, showing the mayhem that might ensue should the San Andreas fault give way. Johnson plays the helicopter pilot trying to save his broken family.

In a recent interview with CBC News in Los Angeles, Peyton said, “At the end of the day, you have to make something that emotionally touches you, because I think that’s why we go to the movies,”

Peyton, directed Johnson in the 2012 action comedy, “Journey 2: The Mysterious Island” and will again in the upcoming “Journey 3: From the Earth to the Moon”. Johnson’s father is from Nova Scotia, so the two make a lot of their Atlantic Canadian connection.

“You don’t often get the chance and opportunity to work with the same star more than once”, he explained, “and the thing about this relationship is that there’s a lot of trust.”  Peyton was called “the next Steven Spielberg” by San Andreas producer Beau Flynn.

I grew up in a culture in Newfoundland where the women were like the backbone of the families.

Peyton’s star began to rise in 2002 during a residency at Norman Jewison’s Canadian Film Centre near Toronto. His comedic short, Evelyn: The Cutest Evil Dead Girl was a hit. In no time he was getting calls from Tom Hank’s people in Los Angeles and was then hired as a writer at Universal Pictures.

The 35 year-old director credits his upbringing in Gander as key to developing his creativity. “You’re playing in the woods with your friends, you’re drawing all the time, you’re creating all the time,” explains Peyton. “The culture is one of storytelling. It’s arts and crafts. It’s making stuff on your own, that’s in the culture.”

And of the role of women in film Peyton refers to some very powerful role models. “There seems to be this trend right now to have women as damsels in distress in movies,  It’s odd you know, I grew up in a culture in Newfoundland where the women were like the backbone of the families.  My mom is from a family of 13 kids and when I’d go see my grandmother it was like going to see Don Corleone, she was like the head of the household.”