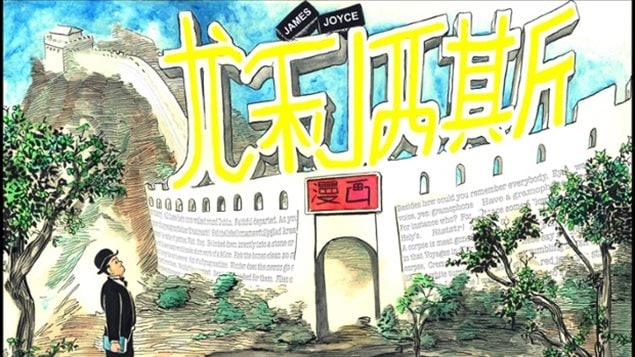 The caption below reads. "A Gateway in that Great Wall of Words". Festivities in Shanghai and Hong Kong are growing in attendance and popularity, as they are in Montreal
Photo Credit: facebook / Robert Berry

Bloomsday celebrations under way around the world

Bloomsday, June 16th, the day James Joyce‘s character, Leopold Bloom, in the infamous novel ‘Ulysses’, takes a walk around Dublin, has become a literary holiday celebrated in many places around the world.

This year, along with Dublin, Ireland, where it all began, fans and friends are reading and reciting, dining and singing, and drinking and dancing, to honour a book some have read.

There are festivals and celebrations of various sizes and content from Pula, Croatia, to Philadelphia, U.S.A. And the growing success of the novel, once banned and burned, in China and Asia, adds to the growing appreciation of the complicated story, almost a century after it was written.

In Montreal, readings by various people, well-known and not, will be taking place at the Westmount Public Library, and later in the evening, Kevin Birmingham, author of ‘The Most Dangerous Book: The Battle for James Joyce’s Ulysses’, will deliver a lecture at Montreal’s Jewish Public Library.