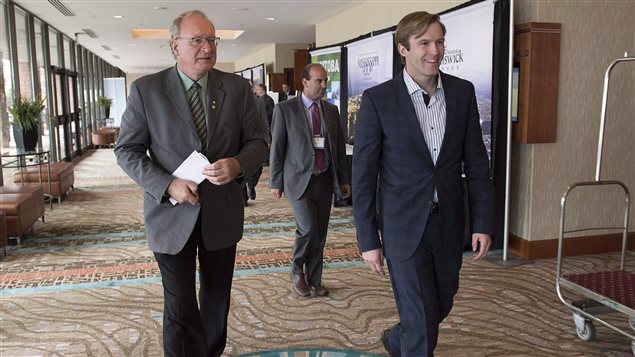 New Brunswick’s premier believes an agreement on a national energy strategy will be reached this week when Canada’s premiers and and territorial leaders meet in Newfoundland and Labrador.

Brian Gallant says a national energy strategy would serve as a catalyst for projects like the proposed $12-billion Energy East pipeline, which he says would create thousands of jobs and set guidelines for projects across Canada.

The 4,600-kilometre pipeline will carry 1.1-million barrels of crude oil per day from Alberta and Saskatchewan to refineries in Eastern Canada.

The exact route of the pipeline will be determined after public and regulatory reviews.

The planned starting point is a new tank terminal in Hardisty, Alta. Three other new terminals will be built along the pipeline’s route: One in Saskatchewan, one in the Québec City area and another in the Saint John, N.B., area.

The terminals in the Québec City and Saint John areas will include facilities for marine tanker loading.

The project will also deliver oil to existing Québec refineries in Montréal, near Québec City and in Saint John.