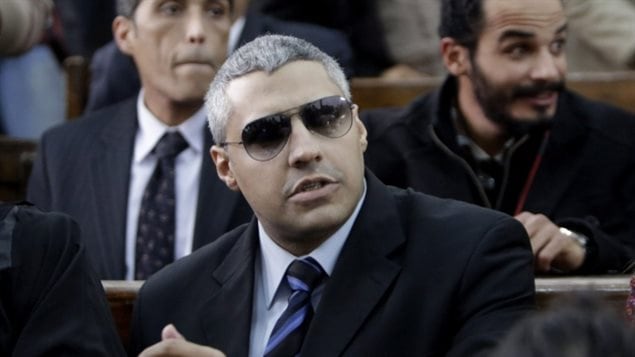 A Cairo court was expected to deliver a verdict Thursday. Instead, proceedings were adjourned until August 8.

Mr. Fahmy said that no reason was given for the delay. He called the situation and lack of an official statement “very insulting.”

When informed of the delay, Mr. Fahmy was standing outside court with the media when they were told the leave the area.

Mr. Fahmy spent over a year in prison before a successful appeal of an earlier conviction spawned a retrial and release on bail in February.

In December 2013, Mr. Fahmy, the acting bureau Al Jazeera English in Cairo, was arrested along with two colleagues, Australian correspondent Peter Greste and Egyptian producer Baher Mohamed. They were charged with supporting the Islamist Muslim Brotherhood and fabricating television footage to undermine Egypt’s national security. All denied the charges.

Human rights organizations around the world condemned the arrests, but in June, 2014 the three were convicted on terror-related charges and sentenced to between seven and 10 years in prison.

Earlier this year, Mr. Fahmy and Mr. Mohammed were freed on bail to await a retrial with the proviso that they report to police every day. Mr. Greste was deported before proceedings could begin.

Mr. Fahmy gave up his Egyptian citizenship in hopes of being deported as well. That has yet to happen.

Mr. Fahmy’s parents moved to Canada from Egypt in 1991 when he was a child. He became a Canadian citizen with them.

He lived in Montreal and Vancouver for years before eventually moving abroad for work, which included covering stories for the New York Times and CNN.