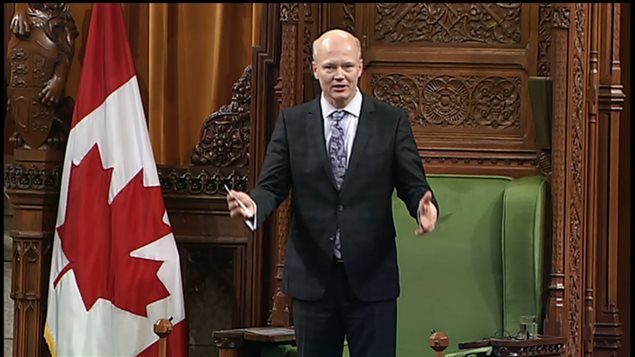 Nearly 45 days after the Liberals won a majority in the House of Commons, Canada’s Parliament began its 42nd session Thursday by electing Liberal MP Geoff Regan as the new Commons speaker.

Earlier in the day, Prime Minister Justin Trudeau appointed Sen. George Furey, a Liberal, to be the new speaker of the Senate.

“In the upper chamber, the Senate, that speaker is chosen by the prime minister and is appointed by order in counsel, which means the cabinet officially appoints the person,” said Prof Bruce Hicks, a Visiting Fellow at the Glendon School of Public and International Affairs at York University in Toronto. “In the lower chamber, the House of Commons, members of the house vote for the speaker.”

(Click to listen to the full interview with Prof. Bruce Hicks)

The voting is done by a secret ballot, nobody actually knows how many votes each person gets. The person who gets the least votes gets tossed out of the running until somebody gets the majority of votes, Hicks said.

In a majority government scenario, the Speaker usually comes from the ranks of the governing party: in this case, the Liberals. However the deputy Speaker is often from the Opposition ranks.

Speech from the Throne

The election of a Speaker comes a day ahead of the throne speech delivered by Gov. Gen. David Johnston in the upper chamber, which officially marks the opening of the new parliament, said Hicks.

The Throne Speech outlines the legislative plan of the government over the next parliament.

“Throne speeches tend to be fairly vague documents, they speak of priorities but they use language that allows for some flexibility,” Hicks said. “So in many ways if you read the Liberal Party’s election platform, you’ll find a lot of similarities between that and what will be read tomorrow.”

One of the first things the new Liberal government will have to fix is Canada’s appointed upper chamber, Hicks said.

“The problem is nobody can agree on how to change it into an elected format,” Hicks said. “That would require amending the constitution of Canada and it’s a very hard thing to do in a federation.”

The Trudeau government tried to get around that problem by unveiling its plan on Thursday for transforming the Senate into an independent, non-partisan chamber.

Democratic Institutions Minister Maryam Monsef said the government is creating an arm’s-length advisory board to consult widely and recommend to the prime minister a short list of five merit-based nominees to fill each vacancy in the Senate.

She also released the criteria the advisory board will use to assess potential candidates. Among other things, they will need to have a record of achievement and public service, show integrity, understand the role of the Senate and demonstrate an ability to contribute to the work of the Senate in an independent and non-partisan manner.

“The challenge is how do you find senators who are non-partisan, who bring expertise, and won’t thwart the will of the House of Commons, which is elected, but will improve legislation and make it better,” Hicks said.

In any case, Trudeau has a constitutional obligation to fill the 22 vacancies in the Senate and it also makes political sense if he wants to have any legislation get through the Conservative-dominated upper chamber, which will try to thwart every bill the Liberals will introduce, Hicks said.