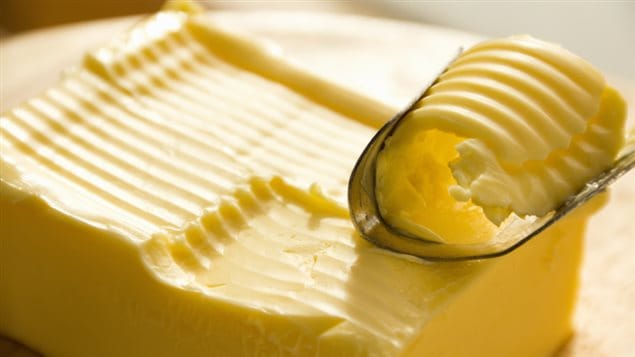 Rising butter consumption by Canadians is forcing the Canadian Dairy Commission to import up to 4,000 tonnes of butter to prevent shortages.
Photo Credit: iStock photo

It seems Canadians just can’t get enough of their butter.

In fact, the demand for butter has grown so much this year, the Canadian Dairy Commission (CDC) has been forced to import up to 4,000 tonnes of butter from suppliers in the United States, the EU and Uruguay, said CDC spokesperson Chantal Paul.

But no worries, there will be no shortage of butter for consumers, said Paul.

“Nobody’s going to run out of butter,” she said. “The supermarkets are well stocked.”

The butter that the CDC is importing – in 25kg blocks – will go to the food processing industry, not the retail sector, said Paul.

On average Canadians consume about 240 grams of butter a month, according to the statistics compiled by the  Canadian Dairy Information Centre.