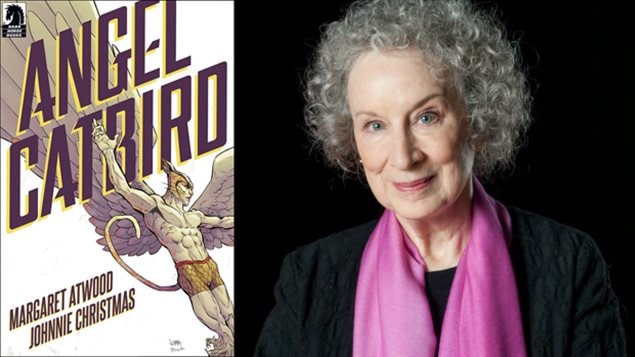 Acclaimed Canadian author Margaret Atwood is writing a series of novels illustrated in comic strip format, the first of which will be published in the latter half of 2016. The first of a three-volume set will be called Angel Catbird and will feature a male superhero who derives his powers from a feline and a bird. It is illustrated by Johnnie Christmas, is intended for all ages and will be published by Dark Horse Comics in the U.S. state of Oregon.

“Due to some spilled genetic Super-Splicer, our hero got tangled up with both a cat and an owl; hence his fur and feathers, and his identity problems,” Atwood said in a news release. The announcement marks a collaboration between the author and Nature Canada, a conservation organization, and its program called Keep Cats Safe and Save Bird Lives.

Angel Catbird is said to be action-packed and humorous, including many cat puns.

Atwood is keenly interested in science and has written futuristic books featuring creatures of mixed genetic origin. She has written over 40 books of poetry, children’s literature, fiction and non-fiction. Among her novels are The Handmaid’s Tale, Alias Grace, Oryx and Crake  and The Blind Assassin, which won the prestigious Booker Prize in 2000.

Her works have been translated into more than forty languages, including Farsi, Japanese, Turkish, Finnish, Korean, Icelandic and Estonian.