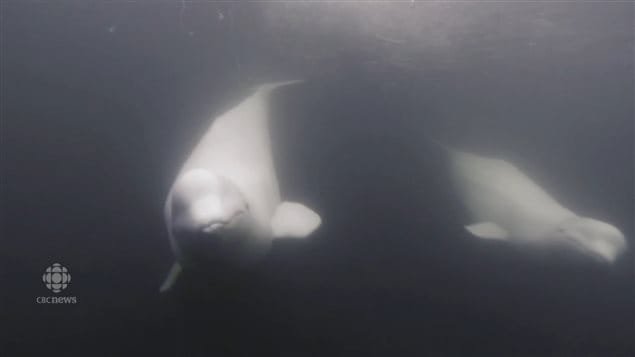 Canada’s western province of Manitoba wants the federal government to preserve vital habitat for the world’s largest population of beluga whales along the western coast of Hudson Bay, according to a report released Friday.

Manitoba’s Beluga Habitat Sustainability Plan, calls on Ottawa to amend the Federal Arctic Waters Pollution Act (AWPPA) and create a new national marine conservation area that will include the estuaries of the Churchill, Nelson and Seal Rivers, protecting feeding, moulting and calving areas for the estimated 57,000 beluga whales that summer in the shallow waters along Manitoba’s Hudson Bay coast.

(Click to listen to the interview with Christopher Debicki)

Manitoba’s conservation minister said he plans to discuss some of the recommendations with the federal fisheries minister when the two meet later this month.

“It’s a stable population but we’re dealing with a changing climate,” Manitoba’s conservation minister Tom Nevakshonoff told CBC News. “This is one topic we’d like to discuss so the national government is fully engaged in this process.”

“We think it’s a great first step toward ultimately protecting the most important beluga habitat in the world,” Debicki said in a phone interview from Winnipeg, Manitoba. “The belugas that come to Manitoba in the summer spend their summers in and out of Manitoba’s major estuaries so you have easily the highest concentrations in the world.”

In its election platform the governing federal Liberal Party has pledged to increase the amount of Canada’s marine and coastal areas that are protected from 1.3 percent to 5 percent by 2017, and 10 percent by 2020.

Unlike beluga in some other regions, this group is doing really well, Debicki said.

“Right now it really is a good news story, but just because they are doing well, it doesn’t mean we should be complacent,” Debicki said. “So we’re encouraging both the provincial government of Manitoba as well as the federal government to take additional steps to ensure that this population stays healthy going forward.”

Debicki said they are worried by some negative trends in many other beluga populations, particularly in the St-Lawrence River and Alaska where the numbers of beluga whales are down.

“One of our concerns is to make sure that the western Hudson’s Bay belugas habitat and, in particular, the Manitoba estuaries and coastline is protected and that they’re monitored,” Debicki said.

Development with belugas in mind 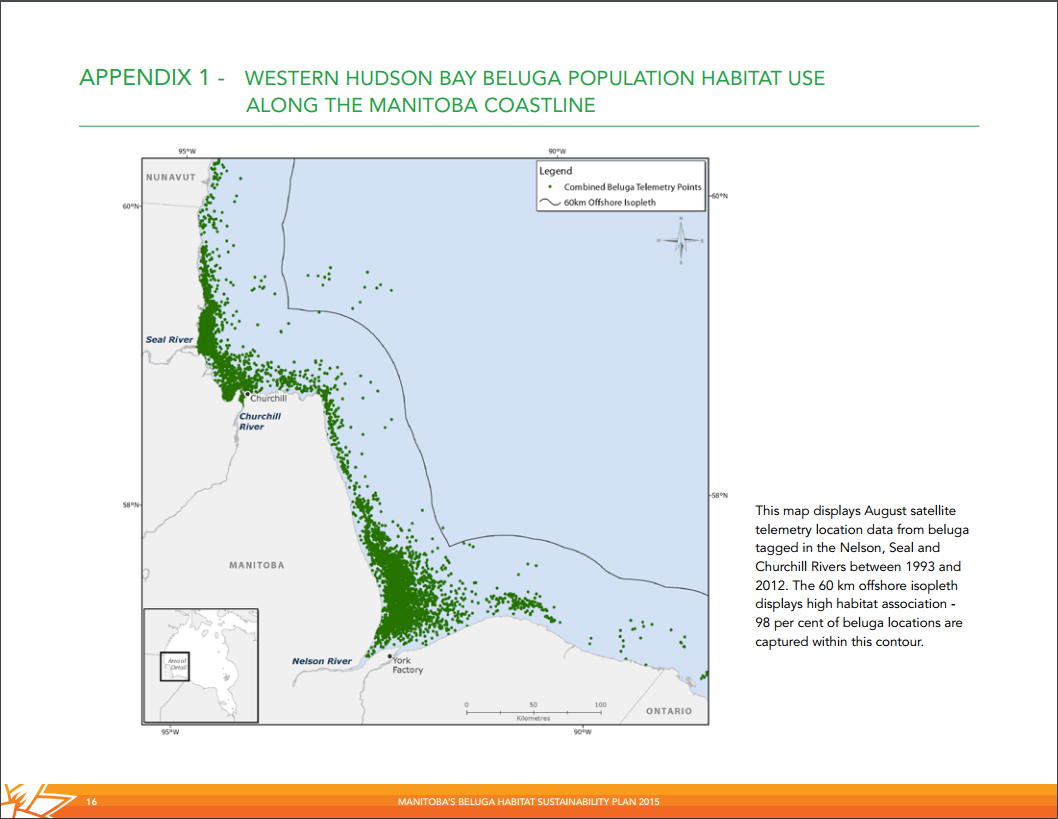 Another concern is the environmental health of the estuaries themselves, he said.

“What happens upstream really matters, it’s really important that any development that occurs on those rivers doesn’t adversely affect the quality of that water, because they spend so much time in that water,” Debicki said. “We see that pollution is a major cause of some of the problems that have occurred with the St-Lawrence population, for example.”

And as Arctic navigation, particularly the Arctic Bridge Route connecting Churchill to Russia’s northern port of Murmansk route, become more viable, one of the most important aspects of the report that it seeks to ensure that belugas are “on the radar” when making decisions about shipping and development, Debicki said.

“The town of Churchill has Canada’s only significant Arctic port,” Debicki said. “And so far the relationship between the belugas and the port has been a fairly good one in that belugas continue to thrive in that estuary, but it’s really important to have spill contingency planning and route planning that takes into account beluga movements.”