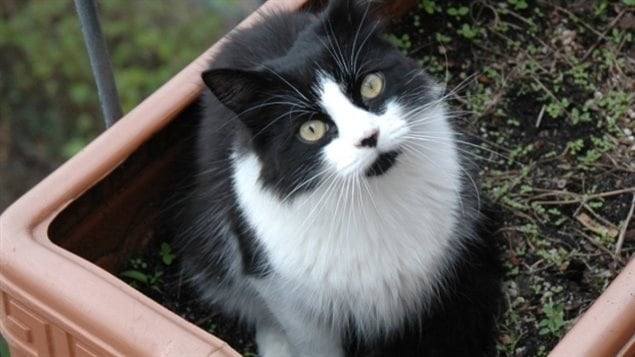 A Canadian man is going to jail over a cat, that’s not his, and not at his permanent address all because he wouldn’t pay a $30 cat licence for a stray cat.
Photo Credit: Eva Prokop/Flickr- via CBC

Man goes to jail over cat that’s not his.

When the law defies reason.

Several years ago a Canadian short animated film won a Canadian Genie award and was also nominated for an Oscar. It was entitled, “The cat came back”. (see below)

Well that’s the case for a man orignally from Gatineau (Hull), Quebec when a cat kept coming back.  And, it’s going to cost him several days in jail.  On top of that, it is not his cat.

Gatineau is the city in the province of Quebec and is directly across the river from the national capital, Ottawa, Ontario.

Dan Smith, 65, is a retired refridgeration technician. In September 2014, a Quebec agent of the SPCA ticketed him in Gatineau for not having a cat licence.

At the time he told the officer it wasn’t his cat, but rather a feral cat that shows up at the door. Indeed, it’s not even really his door. He shares the Quebec bungalow with his estranged wife. His permanent address is in Vanier  a suburb of Ottawa. The agent didn’t buy it, apparently saying, “You feed it, you own it”.

His ex-wife also says it’s her pet, not his, and she began feeding the stray 12 years ago when it kept showing up at her door. She adds that because it’s a stray she never considered buying a cat licence.

Dan decided to take the case to court where he showed the judge his Ontario driver’s licence. It lists his permanent address as being in Vanier, Ontario, and said he goes occasionally to his wife’s bungalow to do small repairs.

The judge didn’t buy it and found him guilty. The charge amounts to $276 in fines and court costs.

His estranged wife has since bought a licence for that cat, but that’s not going to help

Dan says he’d rather go to jail than pay, and that’s what’s going to happen. He says he’ll turn himself in when a warrant is issued.

He’ll end up spending about 11 days in jail, over a cat that’s not his, at an address that’s not really his.