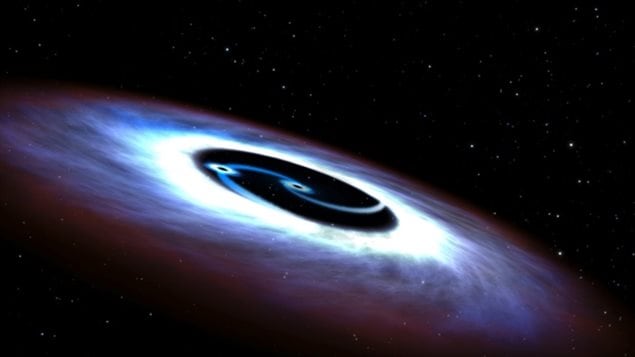 Markarian 231, a binary black hole found in the center of the nearest quasar host galaxy to Earth, is seen in a NASA illustration. Two giant black holes spiral in toward each other. The collision created ripples in space-time that have been deteced for the first time, and which prove another portion of Einstein’s theory of general relativity.
Photo Credit: NASA-Reuters

An event which happened 1.3 billion light years away from Earth, is now causing a blockbuster of an event in the world of astrophysics.  It involved the collision of two black holes.  Another big event, albeit a lesser one, is the launch of a new space probe, in which Canada contributed, which will greatly help in the study of black holes.

Today, scientists announced that for the very first time, such waves had in fact been detected, thus proving Einstein’s theory.

Brian McNamara (PhD) is a professor of physics and astronomy, and the university research chair in astrophysics at the University of Waterloo, in Ontario.

Before the exciting news of the gravitational ripples discovery, astrophysicists were eager to see a new Japanese X-ray probe launched into space. It was supposed to blast off on Friday, but has been delayed until Monday due to weather conditions.

As Professor McNamara says, this new x-ray probe will be able to add greatly to the study of black holes and other phenomena..

“Most of the mass accelerating towards a black hole is expelled back into space, carrying an enormous amount of energy with it. Black holes are actually some of the most efficient power generators in the Universe.”

He adds that x-ray telescopes are excellent black hole detectors adding that the centre of our own Milky Way has a black hole with a mass four million times that of our sun.

“In fact, we think black holes exist in the centres of all massive galaxies,” says McNamara. “An x-ray observatory of this calibre will allow us to observe this energy emission directly.

Related to the exploration of black holes, was the stunning announcement made today (Thursday, Feb, 11) that the existence of gravitational waves and ripples in those waves created by a massive collision of black was holes, was confirmed for the first time.

The announcement was made in Washington by scientists from the California Institute of Technology, the Massachusetts Institute of Technology and the LIGO Scientific Collaboration, which includes scientists at Canadian Institute for Theoretical Astrophysics at the University of Toronto. LIGO consists of two laser instruments, which work in unison, and are known in full as the Laser Interferometer Gravitational-Wave Observatory. 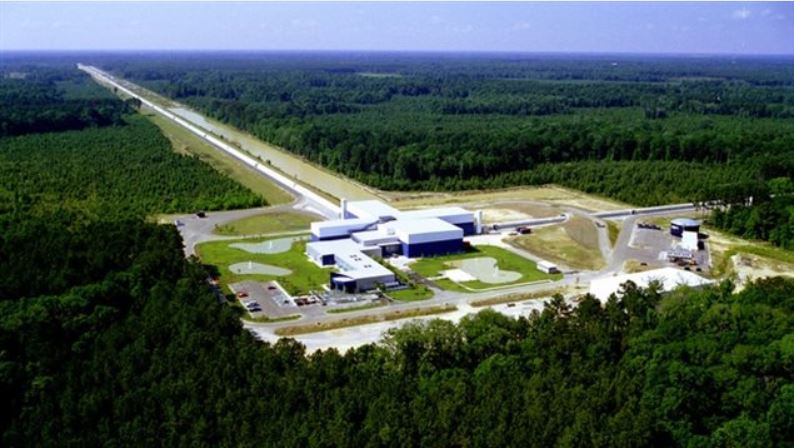 U.S.-based Laser Interferometer Gravitational-Wave Observatory (LIGO) has two detectors – one in Hanford, Washington, and the other in Livingston, Louisiana (above) and involves measuring 4 km long laser beams and a movement of a tiny fraction of the width of single proton. © LIGO

Scientists say new proof of this previously theoretical phenomenon will lead to new methods of studying the universe and this new tool could lead to greater insight into the beginnings of the universe, which has always remained rather mysterious.

While this confirms another element of Einstein’s theory of general relativity, Professor McNamara says that bending space for travel across the universe is not likely in even the distant human future. As for travel through “worm holes” also in science fiction, he says that’s pretty unlikely for humans as particles tend to be destroyed when moving through a worm hole, if such things exist.

However, he says this new discovery can lead to untold new discoveries, including perhaps a new theory which resolves the current conflict between quantum mechanics theory, and Einstein’s relativity theory.