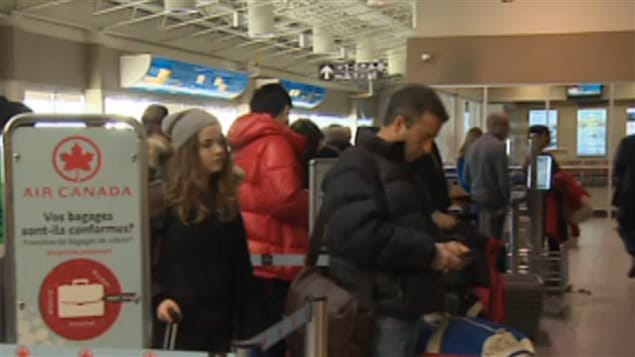 New security measures aim to screen airline passengers before they get on a plane to Canada.
Photo Credit: CBC

People who do not require a visa to fly to or through Canada will soon have to have another document called an Electronic Travel Authorization (eTA). This will include citizens of most European countries, Korea, Chile and Australia but not citizens of the U.S., airline crew members, or anyone with a visa. Those who travel by land or sea do not need an eTA.

The new rule goes into effect on March 15, 2016. Travellers can get an eTA online for a fee of seven dollars Canadian. They must have an up-to-date passport, credit card and an email address.  The government promises requests will be processed in minutes.

Harmonizing screening with the U.S.

The new screening program was brought in to accord with a similar system in place in the United States. Canada and the U.S. cooperate closely on security matters, particularly as fears and misconceptions persist about terrorists crossing into the U.S. from Canada.

The eTA is designed to screen people before they board flights to or through Canada.