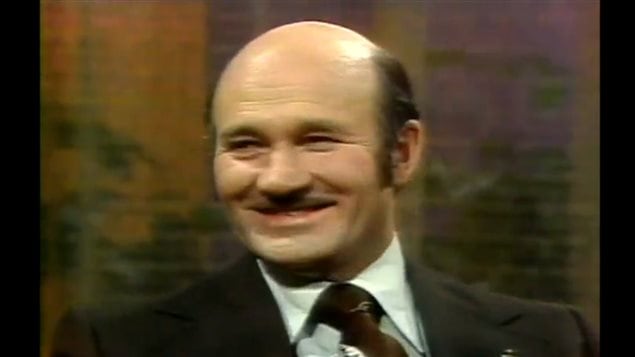 In a strange twist, one of Canada’s most notorious criminals, was actually admired by Canadians.

In the 1950’s and 60’s he stole planes, robbed banks,  staged prison breaks and committed one of Canada’s greatest robberies.

Born in Manitoba, Ken Leishman had had a very rough life as a child. His parents divorced when he was a child and he spent time in a variety of foster homes with abuse thrown in for good measure.

He later ended up at his grandparents farm, but was twice kicked in the head by horses. Later he tried his hand at a number of jobs, but bad luck followed him, and in addition to things like a broken ankle and burst appendix, he suffered another concussion while working on the railway and was in a coma for three days, all this while still a teenager.

At 18 he married, but his life of crime also began when he stole furniture for the new apartment. Arrested, he spent part of his honeymoon in jail.

Later he seemed to get his life together and after taking a couple of flying lessons, bought a plane and  became a flying  farm machinery repairman (albeit without a pilot’s licence!). Later, he became a salesman for cutlery and cookware.

But he had a wife, and now children, a house in Winnipeg and a plane to support.

In addition he was a snappy dresser and loved a good life. It was too much for his acceptable but insufficient income.

At age 26, the cookware company folded in November 1957, and a month later Ken Leishman staged the first of many extremely bold robberies.

He flew the over 1500 kilometres from Winnipeg to Toronto.  He entered a bank in downtown and on the pretext of a business loan got to see the manager. Behind closed doors he pulled a gun and forced the manager to write a $10,000 cheque. He then questioned the man about his life and family before going to the teller with the nervous manager beside him. Using the information he had just been told Leishman was very convincing as the manager’s friend. The teller cashed the cheque, and maintaining the ruse, had the manager accompany him to the getaway car outside where he let the man go.

He drove to the airport and flew back to Winnipeg leaving authorities baffled.

A few months later in March 1958, he tried the same thing, but this time he was caught outside after a teller pressed the emergency button, and he tripped over a passer-by outside.

Sentenced to twelve years, he was out in three and half after being what the warden described as “a model prisoner”.  One of his conditions was that he couldn’t leave the province of Manitoba.

For the next few years, things were quiet, (as far as we know) but then on March 11, 1966 he was picked up by police in Vancouver for parole violation for having left Manitoba, and sent back to serve the rest of his sentence in prison in that province.

But police were already desperately trying to connect him to perhaps the boldest and biggest robbery in Canadian history which had taken place a little over a week earlier..

From his flying out of Winnipeg airport, Leishman knew that gold bullion from the mines in Red Lake in northwestern Ontario were flown in on small planes to the Winnipeg airport on a semi-regular basis before being transferred to larger Air Canada planes for the flight to the national mint in Ottawa Ontario.

Leishman gathered four accomplices, one of whom watched the Red Lake airport to advise of the gold flight departure.

On March 1st, 1966 the call came that a gold flight was on its way to Winnipeg.

Leishman, too well known hismelf, had two others disguised with coveralls as Air Canada employees.  With fake Air Canada waybills that Leishman had snatched from an unattended counter, and an Air Canada truck they had stolen.  The two men drove out to meet the arriving plane.

They explained to the crew that there had been a change of plans and Air Canada had a chartered plane ready to go instead of waiting for the regular flight.

With an Air Canada truck, uniforms and apparently proper waybills, the boxes of gold bars were loaded onto the truck which drove away.with about $385,000 dollars worth of gold, something in the neighbourhood of $3 million in today’s value.

However police had fingerprints from the stolen van and were investigating all of Leishman’s accomplices. They eventually recovered the gold buried in a backyard, and connected Leishman to the daring robbery.

By this time, he was already something of a folk hero, as an “everyday” working man but who carried out these bold robberies without hurting anyone. His ever-present smile, friendly demeanor, and snappy dress didn’t hurt his image either.

On March 20, he was charged with conspiracy and robbery.

That’s not the end of his bold adventures though as he later organized a breakout of ten prisoners. In spite of roadblocks and a massive manhunt Leishman, with three others, stole a plane and flew to Gary Indiana in the USA. This was a reinforcement of his reputation as the “flying bandit”

Recognized from news reports by a local barman,, police surrounded them and after a brief shootout and standoff they were returned to Manitoba, where Leishman, still smiling, noticed the crowd which had come to the airport to see him and cheered him as some kind of modern Robin Hood.

His story is still not over. As the lone prisoner in the old  Vaughn Street jail in Winnipeg, he managed to open a supposedly foolproof locked gate, overpowered three guards and leapt over a fence to freedom.

It was short –lived as he was picked up at a phone booth a few hours later, to spend the next several years in jail.

Released in 1974, he moved to Red Lake in 1977, where as a pilot and local businessman he was well-liked and became chairman of the local Chamber of Commerce and began using his flying skills as an air ambulance.

In 1979 as the pilot of a medivac mission, his plane disappeared over northern Ontario. The wreckage was spotted the following year and the bodies of the patient and medical assistant were found, but not Leishman’s . This led to speculation that he had “escaped” again.

An inquest later speculated that animals, perhaps wolves, had taken the body away and eaten it. He was declared officially dead on December 16, 1980.

The gentleman thief’s story lives on however through a 2005 television documentary, written by Bob Lower and directed by Norma Bailey, entitled Ken Leishman: The Flying Bandit recounts his life and career as a criminal. There was also a theatrical play in 2007, The Flying Bandit by Lindsay Price, a book ,The Flying Bandit by Heather Robertson) and a “non-fiction novel” based on his life, called Bandit: A Portrait of Ken Leishman by Wayne Tefs.