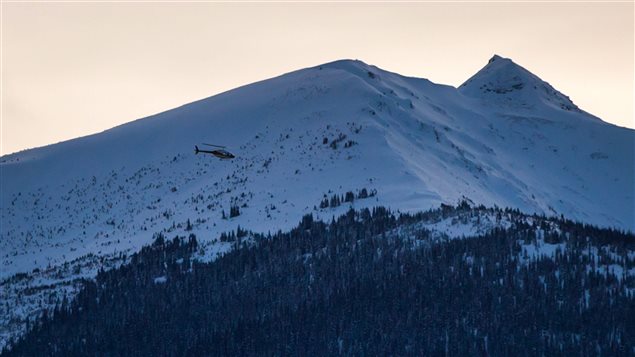 An avalanche killed five people on January 30, 2016 near McBride, British Columbia. A special avalanche warning has been issued for this holiday weekend.
Photo Credit: Darryl Dyck

Authorities in western Canada’s Rocky Mountains have issued a special avalanche warning for March 25 to 28.  It is Easter weekend in Canada and may people have time off work for this period. While it’s a great time to ski or ride snowmobiles, there are special risks this season.

A deep, weak layer of snow

The warning states there is “a deeply buried weak layer” of snow that has recently produced large avalanches that were natural or triggered by humans. It notes that dangers may not be obvious but it warns people to avoid slopes threatened by cornices, to be extremely cautious in places with thin snowpack, and to limit exposure to risk by avoiding large slopes.

The warning suggests groups stop and cross avalanche terrain one at a time, that everyone have an avalanche transceiver, probe and a shovel. It also says travellers should take a two-day avalanche skills training course.

The affected areas include Banff, Yoko, Kootenay, and Jasper National Parks, Kananaskis Country, as well as the Purcells and North Rockies regions listed by Avalanche Canada. Conditiions are updated on the organization’s website.

People are likely to be out on skis and snowmobiles