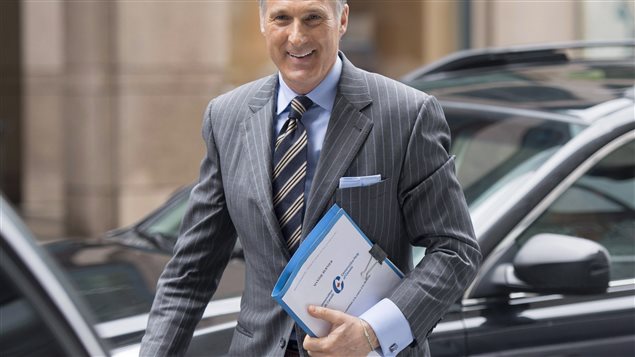 Maxime Bernier, a Conservative Member of Parliament from Quebec, announced today he is entering the leadership race. He is the second person to make it official. Yesterday, Kelly Leitch, announced her intentions to replace former leader, and Prime Minister, Stephen Harper.

Bernier was an up and comer in the Conservative Party in 2006. He was elected with 67 per cent of the popular vote in the Beauce riding, where his father had represented the riding before him. The halo faded when he became known to most Canadians for the scandal that put him on the back benches.

As Minister of Foreign Affairs, it was later revealed that Bernier had left classified documents at the home of his former girlfriend, Julie Couillard. Ms. Couillard had in the past, two previous partners linked to the Hells Angels, the first of whom was assasinated.

Now, with a libertarian bent, Bernier is stepping back into the spotlight, one of the few bilingual contenders in what is sure to be a very interesting leadership contest.

There’s lots of time to campaign as the date for the Conservative leadership election is not until May 27th, 2017.