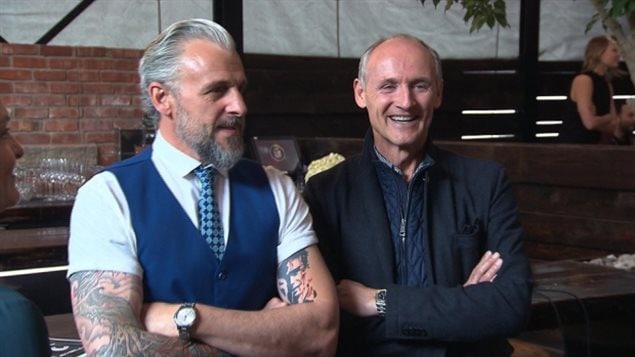 Canadians loved the 2006 movie, Bon Cop Bad Cop because of hilarious scenes that epitomized cultural differences between the French and English in Canada, and soon there will be a sequel.

In the original film, Colm Feore played an uptight English-speaking police detective from the province of Ontario. This was a man who played by the rules and worked methodically to try to solve crimes.

Patrick Huard acted the role of his French-speaking counterpart from the province of Quebec who played fast and loose with police procedure, used some efficient but questionable tactics, and a lot of foul language.

Two forced to work together

The film opens with a dead body found on the border between the two provinces which obliges the two detectives to work together to find the murderer.  Their different work habits are a frustration to each.

The movie’s name translates as Good Cop, Bad Cop and the dialogue is in both languages. The French is a brand of slang particular to Quebec and not well-understood by the Ontario detective who learned standard French at school.

One scene depicts the Quebec detective holding a suspect in the trunk of a car and slamming the trunk repeatedly as he declines rude, slang verbs.

A most successful film

The film was one of the most successful ever made in Canada bringing in $12 million in domestic sales.

The sequel begins shooting in Montreal on May 22, however it may disappoint fans that it won’t focus as much on the cultural differences between English and French.

Feore says the sequel will move past those kinds of jokes and feature more of a blended view of the French and English looking out at the rest of the world.

(with notes from CBC)