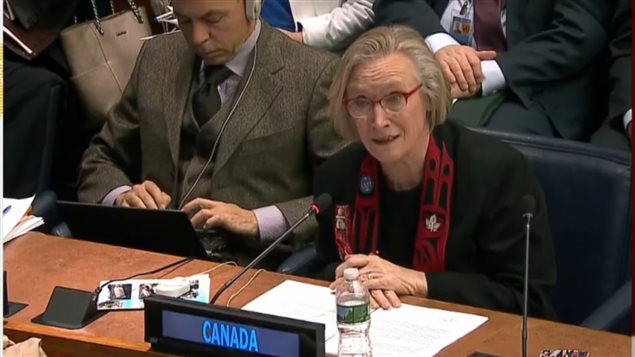 In 2007 the United Nations General Assembly adopted a motion to recognize the basic human rights of indigenous peoples including rights to self-determination, language, equality and land, among others.

When it was first adopted, four countries opposed it, Australia, the United States, New Zealand, and Canada.

Australia changed its position in 2009, and with New Zealand and the United States having signed on in 2010, today Canada will be the last to change it’s permanent objector status.

Indigenous Affairs Minister Carolyn Bennett said on Monday that Canada will become a full supporter of the document and made the announcement formally today.

She and Justice Minister Jody Wilson-Raybould are attending the opening session of the Permanent Forum on Indigenous Issues.

While announcing the intention to support the UN declaration such declarations are not legally binding documents.

The announcement comes even as the government continues to be criticized for long standing problems on aboriginal reserves, many of which have inadequate access to clean drinking water, have substandard housing conditions, and where suicide of youth has become a critical concern. The Liberal government of  Justin Trudeau has said he wants to rebuild relations with Canada’s indigenous peoples.