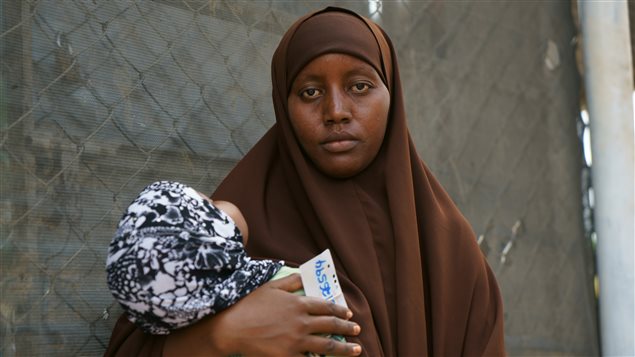 International humanitarian agency CARE says it wants the rights of refugees protected as Kenya prepares to close down all refugee camps on its territory.

Earlier this month, Kenyan authorities, citing national security concerns, announced that they plan to close all refugee camps in the country, including the world’s largest refugee camp in Dadaab, near the border with Somalia.

Speaking to Radio Canada International on the phone from Dadaab, Calgary-born Rod Volway, CARE’s director of Refugee Operations in Kenya, said such a move could affect more than 350,000 people, mostly Somalis but also refugees from a dozen African countries, living in the sprawling camp.

“We’re very concerned about the announcement,” Volway said. “But also we feel it’s really important not to overlook the generousity of Kenya. They have hosted refugees for over 25 years and they are probably the best supporter of refugees from neighbouring countries.”

(click to listen the full interview with Rod Volway)

Refugees at Dadaab have been given until the end of May 2017 to depart Kenya.

Kenya says it needs to close the camp, which has become Kenya’s third largest “city,” to protect the country’s security after a string of terror attacks by the extremist al-Shabaab movement.

The Somalia-based militant group was behind the massacre of nearly 150 students at Kenya’s Garissa University campus in April 2015 and the Westgate mall siege in Nairobi in 2013, where 67 people were killed and more than 175 people wounded in a mass shooting.

The Kenyan Interior Minister Joseph Nkaissery said the camp in northern Kenya has become a safe haven for al-Shabaab fighters who have used it as a base for smuggling weapons.

Canadian officials called on the Kenyan government to respect international refugee law and uphold the rights of refugees.

“All returns must be voluntary and conducted in accordance with domestic and international laws and while respecting the principle of non-refoulement,” Dion and Bibeau said in their joint statement.

Human Rights Watch said it feared that a government desperate to empty the camps might resort to abuse and violence.

CARE too firmly believes in the rights of refugees to a safe and voluntary return, Volway said.

“Forced returns are really not sustainable, they produce their own security risks as well,” Volway said.

Volway said the international community needs to look for longer term solutions to the refugee crisis in Kenya and reconsider the amount of refugees that third countries, such as Canada are accepting.

“It’s not just acceptable to channel money to keep people in camps,” Volway said. “We don’t just want to simply have the international community push the Kenyan government to change their minds and be in the same situation down the road.”

Another solution would be to provide the opportunity for refugees to fully integrate in host countries, Volway said.