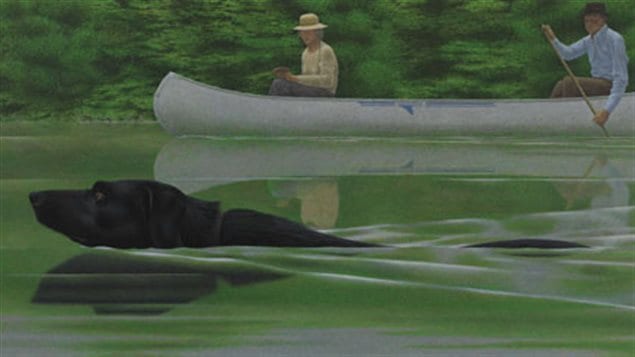 At the semi-annual live art auction yesterday in Vancouver, a number of Canadian artworks were sold at record prices and high above original estimates.

“We’re ecstatic, not only with the results of the auction, but with the strong attendance at our previews,” said Robert Heffel, Vice President of Heffel Fine Art Auction House. “Sharing this group of historically important works with the public is as exciting for us as seeing the pieces find their rightful homes.”

Interest in the work of Canada’s famous Group of Seven continues to grow. Lawren Harris’s work Laurention Landscape was bid to over $2-million, far above expectations. Last year ‘Mountain and Glacier’ another work by Harris who was a founding member of the Group of Seven,  sold for a record shattering $4.6 million.

A work by west coast artist and former official war artist, E.J. Hughes set a new record for his works. The 1949 piece. The Post Office at Courtenay BC was estimated at between $600-800,000 but sold for nearly twice that at $1.59 million.

Two works by Alex Colville were offered, with Swimming Dog with Canoe selling for over twice the estimate at $1.18 million. A 1950’s work of his early career , Racer, sold for $560,000 which was within the estimate