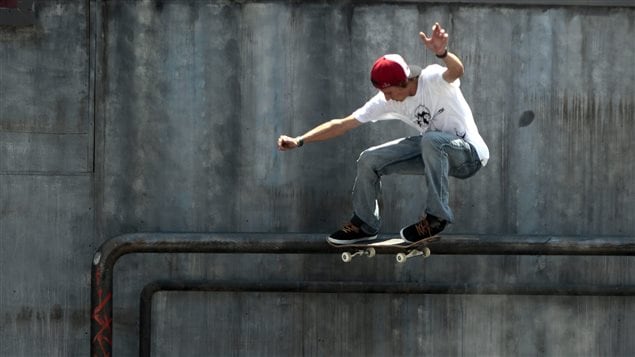 Ryan Decenzo competes during the Skateboard Street Men's final at the X Games in Los Angeles, Saturday, July 30, 2011. Decenzo is one of the big names competing this weekend in Montreal.
Photo Credit: AP / Bret Hartman

Skateboarders in Montreal for AGP event

Skateboarders from around the world are arriving in Montreal to compete this weekend in the annual Empire AGP – “Am Getting Paid” event. It brings together the best in amateur skateboard talent.

Montreal’s Le Taz skatepark is the venue for the competition and it’s where Montreal boardrs practice regularly. Like most cities, there are also several great outdoor locations in which boarders love to test their skill.

Canada’s number one boarder, Ryan Decenzo, 29, is ranked 8th in the world now, up from 12th the year before. Number one is American Nyjah Huston, 21, and in second place, from Brazil, Luan Oliveira, 25.