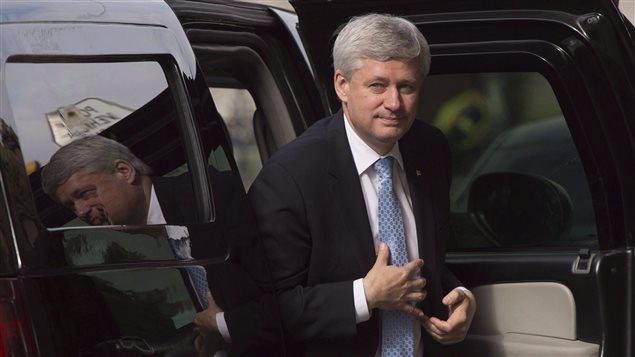 The Liberal government of Justin Trudeau has asked Google to delete from its search results dozens of web pages of his Conservative predecessor Stephen Harper’s days as prime minister.

The search result deletion requests sent to Google by the Privy Council Office (PCO) cover Harper’s daily posts and his 24-Seven video diary, as well as news releases in both French and English, the Canadian Press reports.

The matter came to light after Conservative MP Candice Bergen submitted a written question to the House of Commons asking the PCO for details on the deletion requests.

“The prime minister’s website is not his own website to do with as he pleases, it belongs to the Canadian people,” Bergen said in the Commons on Thursday. “It cannot just be changed at the whim of the Liberals.”

The PCO says the material itself was neither deleted nor destroyed.

“All of the previous prime minister’s archived web content can be accessed via Library and Archives Canada along with other archived government materials,” Treasury Board President Scott Brison told the Commons.

He denied assertions the Liberals are trying to erase the memory of Harper.

“Our government hopes that the memory of the former Conservative prime minister lives in the minds of Canadians for a very long time,” Brison quipped, drawing laughs from the Liberal bench.

In all, the PCO asked Google 51 times to remove Harper material from its search results.

Google said in a statement it just wants to ensure that its searches reflect the contents of websites.

“We don’t take a view on what is appropriate for site owners to feature on their own websites,” it said. “But, like any website owner, they can submit a request (via a form we make available to all website owners) to update our search results to include the latest, most recent version of their website.”

A few other government agencies, including the Royal Canadian Mounted Police, National Defence and the Treasury Board, have also made a handful of requests to Google asking that documents be removed from web searches.

With files from the Canadian Press and CBC News