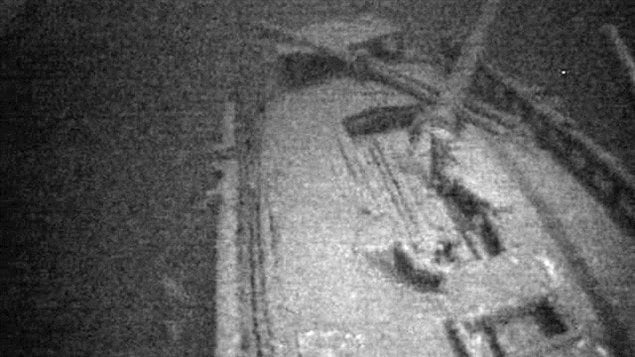 The wreck of the Royal Albert was found by Jim Kennard, Roger Pawlowski and Roland Stevens using a side-scan sonar.
Photo Credit: Courtesy of Jim Kennard via AP

A team of U.S. explorers has found the wreck of the Royal Albert that sank in 1886 in Lake Ontario near Fair Haven, New York. Lake Ontario is one of five Great Lakes on the Canada-U.S. border at the heart of North America.

The 31-metre schooner floundered when its load of railroad iron shifted in rough conditions, bursting the ship’s seams. The crew survived by boarding a small lifeboat and getting to shore.

The Great Lakes cover more than 244,000 sq km and can become treacherous in bad weather. Ships have plied their waters since at least the 17th century and thousands have sunk.