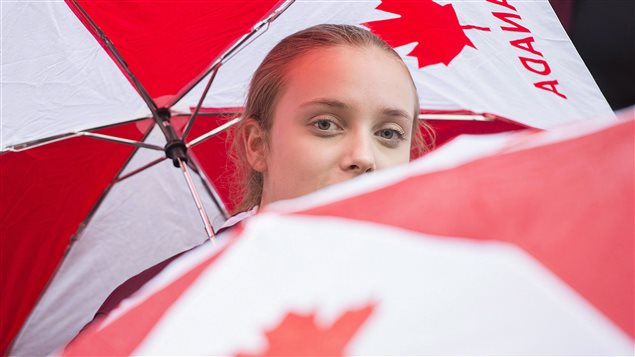 Younger Canadians seem to be a lot more optimistic about the country’s future than the older generation, according to a new survey.
Photo Credit: PC / Graham Hughes

As Canadians prepare to celebrate the 149th birthday their home and native land on Friday, they feel a mixture of hope and gloom about the country’s future prospects, says a new public opinion survey.

“Although when it comes to age, age is a big driver of that satisfaction,” Kurl said. “Younger Canadians say they are more satisfied with the direction of the country then older Canadians do.”

(click to listen the full interview with Shachi Kurl)

Almost half (48 per cent) of those age 18 to 34 say they’re pleased with the direction the country is going, according to the survey.

There are also some regional differences.

Quebecers (52 per cent) and Atlantic Canadians (47 per cent) are the most satisfied with the path of the nation, while Albertans and Ontarians (48 per cent in each province) are the most dissatisfied.

While Canadians see many different sources of pride – in particular Canada’s culture, place in the world and sporting achievements – painful economic realities are dampening perceptions of both the country’s present and its future in the mind of many, Kurl said.

However, when asked about Canada’s Golden Age, many remain hopeful, she said.

Almost one-quarter of respondents say Canada’s best days are yet to come. About 17 per cent say Canada’s Golden Ages was in the 1970s, while 14 and 13 per cent single out the 1960s and the 1980s as the country’s shining moment. 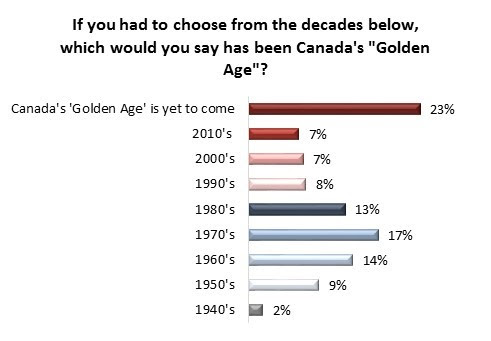