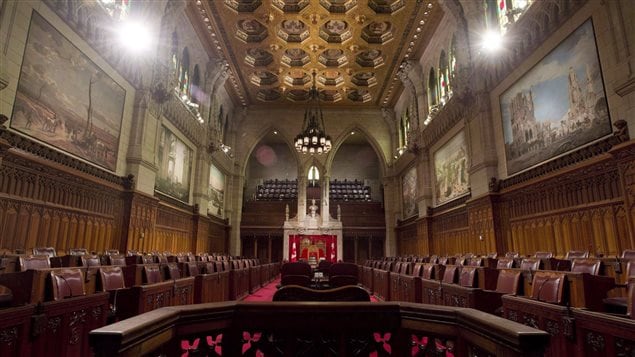 If you’re looking for a well-paying job with certain perks and are willing to work until the age of 75, Canada’s Senate is hiring.

To find out more on how this process works and what it takes to become a Canadian senator I called IABSA chair Huguette Labelle in Ottawa.

(click to listen to the interview with Huguette Labelle)

Canada’s unelected Senate plays a fundamental role in the legislative process, providing sober, second thought complementary to the elected House of Commons. The Senate also plays a key role in the representation of regions and minorities.

Under the Constitution, the governor general has the power to appoint senators, and by convention this power is exercised on the advice of the prime minister, Labelle said.

The Constitution specifies the requirements for appointment, which include being a Canadian citizen, being at least 30 years old and no older than 75, and owning “real property with a net value of $4,000 in the province for which he or she is appointed, and have an overall net worth of $4,000 in real and personal property.”

Future senators must be able to show that they are non-partisan.

“The prime minister has indicated before he was elected and after that he wanted to move towards a non-partisan Senate so that each individual can vote on legislation when it reaches the Senate and on other aspects of its work based on each individual’s views,” Labelle said.

And, of course, personal qualities of honesty, integrity and high ethics are vital, Labelle said.

If you’re interested, hurry up: applications for Senate candidates will be accepted online until 23:59 PT on August 4, 2016. Detailed information on how to apply is provided on the website.