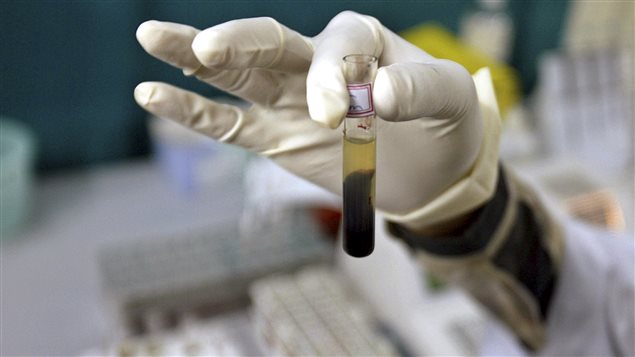 About 250,000 Canadians are thought to have hepatitis C, and it is estimated that 44 per cent of people with chronic hepatitis C in Canada don’t even know they have the virus.
Photo Credit: Rupak De Chowdhuri / Reuters

Over 100,000 people in Canada may be living with undiagnosed hepatitis C, a curable but deadly disease if left untreated, says the Canadian Liver Foundation.

Chronic hepatitis C can severely damage the liver and leads to increases in fatal but totally avoidable liver cancer rates, said Dr. Morris Sherman, chairman of the foundation and hepatologist based in Toronto.

The charity wants Canadians born between 1945 and 1975 to get tested for the blood-born virus that attacks the liver, Dr. Sherman said.

“A few years ago the Canadian Liver Foundation looked at demographics of the people who had hepatitis C in Canada and found that although the overall incidence is about 1 per cent, in those who were born between 1945 and 1975, the incidence was probably quite a lot higher,” Dr. Sherman said. “In fact most of the hepatitis C falls within that demographic.”

(click to listen the full interview with Dr. Morris Sherman)

As part of this 1945-75 demographic, Canadians who came to this country from Eastern Europe, the former Soviet Union and certain countries in Africa, the Middle East, and Asia are also at increased risk of undiagnosed hepatitis C, Dr. Sherman said.

According to the CLF, there are approximately 250,000 Canadians who have hepatitis C that causes a “low-grade, grumbling inflammation of the liver, which in turn leads to a slow laying down of scar tissue in the liver,” leading to cirrhosis, Dr. Sherman said. Nearly half of these people Canada don’t even know they have the virus.

“Cirrhosis, which really refers just to the scaring, can exist for many years before liver failure actually develops,” Dr. Sherman said.

Not only is untreated hepatitis C responsible for causing an increase in liver cancer, but it is also the number one cause of liver transplants, underscoring the importance of screening, early detection and treatment.

The disease, which is easily treatable, can also become a heavy financial burden for the society. A report published in the Canadian Journal of Gastroenterology and Hepatology in May 2014 estimates that health care costs associated with the disease will increase 60 per cent by 2032, as untreated or undiagnosed patients age and their liver diseases progress.