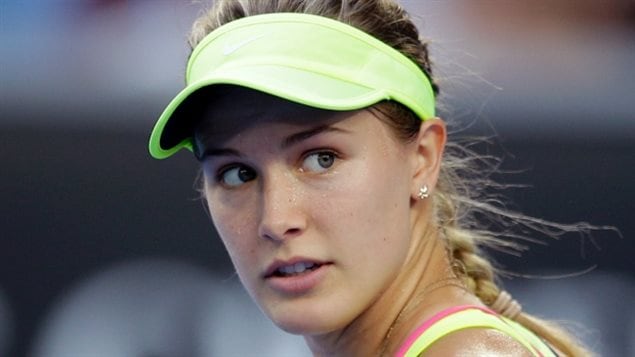 Can Genie Bouchard find her love of the game in Rio, where she will be playing for Canada and not just herself?
Photo Credit: AP Photo / Bernat Armangue

Genie Bouchard is heading to Rio

There are many who believe that Eugenie Bouchard’s long, painful slide down the world’s tennis rankings began a year ago February when she decided to skip a Federation Cup tie in Quebec City against the Czech Republic.

At the time Bouchard was sitting seventh in the Women’s Tennis Association rankings after a sensational 2014 that saw her reach the Wimbledon final and the semi-finals at the Australian and the French.

When Bouchard skipped that Fed Cup tie in the winter of 2015–coincidence of not–a lot of her the joy she exuded appeared to go with her.

Since then, Bouchard hasn’t shown much more than a long face and simmering temper, ofttimes looking like a lost kid who wasn’t getting invited to the cool parties any more.

After reaching a world ranking of No. 5 in 2014, Bouchard entered this week’s Rogers Cup in Montreal ranked No. 41.

On Sunday, after much deliberation, she announced that she would be going to the Rio Olympics to compete for Canada.

She will play both singles and team with Gabriela Dabrowski in doubles.

It’s been a long time since Bouchard played for anything more than herself.

Canadians have their fingers crossed that Rio  just might be the tonic she needs to help restore the verve, panache and skill she displayed back in 2014.