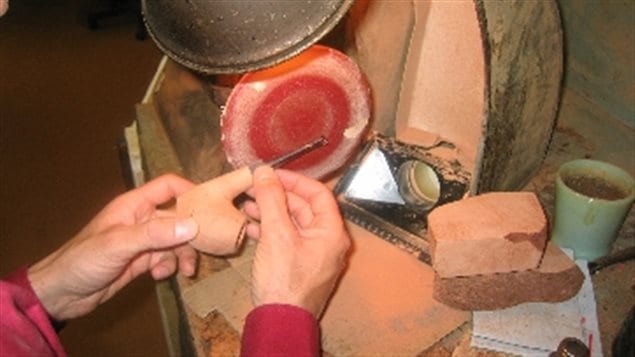 Blatter & Blatter has been fine crafting pipes in Montreal for 5 generations now, but some of the tobacco customes like best is no longer available due to a recent change in legislation.
Photo Credit: Blatter & Blatter / Patrick Blatter

Quebec’s recent overhaul of the laws governing tobacco and smoking, was an effort to discourage young smokers and address the new practice of vaping, the use of battery-powered vapourizers which simulate smoking.

In 2005 Quebec followed the trend in many other places around the world, banning smoking in restaurants, bars and other pubic spaces,

The new legislation, which passed unanimously in November of 2015, went further, with what Public Health Minister Lucie Charlebois described as “ambitious measures… in the fight against tobacco use.”

“These people are 70 or 80 years old… and that’s one of their last pleasures.”

The legislation expanded the smoking bans to restaurant and bar outdoor terrasses, and outlawed smoking in vehicles in which minors under 16 are present. These changes went into effect last spring.

Coming up in November will the the implementation of the law forbidding smoking outdoors within a nine-metre perimeter beyond all doors and windows that lead to a non-smoking environment.

Smokers in Quebec will still be able to smoke on the street, on sidewalks and in parks, but not those reserved for children.

It was far-reaching legislation and the inclusion of the flavoured tobaccos young people were incearsingly consuming, has now left many adults unable to buy the tobbacco they most liked in their pipes .

Pierre Blatter, is the fourth generation at Blatter & Blatter Inc. The purveyors of fine cigars and tobacco are the city of Montreal’s only pipe makers. They didn’t know until recently that flavoured pipe tobacco was included in the legislation.

“You’ll be able to smoke pot but you can’t smoke a pipe full of tobacco!”

it’s a challenge, he says, particularly for seniors. “I got lawyers, doctors, who smoke pipes and their favourite tobacco is not available so they’re very frustrated.” And according to Blatter it’s not cheap. With all the taxes added in, fifty grams of tobacco would cost around $30 (Cdn). and provide between twenty and thirty pipefuls.

Blatter says for those who are retired, and or living in senior’s residences it’s particularly harsh. “Their main thing is to go outside and smoke their pipe once in a while.” He says, “these people are 70 or 80 years old… and that’s one of their last pleasures.”

Blatter finds it all ludicrous that the changes to the law were so restrictive at the same time they’re planning the legailzation of marijiuana. “You’ll be able to smoke pot but you can’t smoke a pipe full of tobacco!”