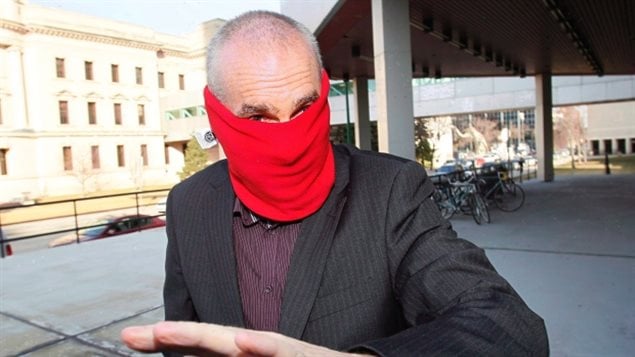 Graham James, a convicted pedophile who was on day parole for the last eight months in the Montreal region, was granted full parole yesteday. The parole board cited the progress James made during this time, and that he has shown remorse and regret for his actions.

“Canada is a Disneyland for pedophiles”

As a result James will no longer be living in the half-way house that was his home during this time. He will get an apartment and now, going under the new name of Michael James, he says he will comply with the conditions imposed upon him: no contact with minors, youths under 18, no contact with his victims or their families, and no employment or volunteer work with involving minors.

Sheldon Kennedy is a former National Hockey League player, who was under the care of Graham James when James coached junior hockey. Kennedy was sexually assaulted and abused by James continually during that time. When his professional hockey career ended Kennedy was a mess, addicted to cocaine and tormented by his secrets.

Kennedy is not convinced of James’ rehabilitation and shared his views with CBC News:

Theoren Fleury, another of James many victims during his time as a junior hockey coach, was disgusted with the news. “Canada is a Disneyland for pedophiles.” Fleury said.

In 2013, the Sheldon Kennedy Child Advocacy Centre opened in Calgary, Alberta. For the first time, the centre brought together the services of police, social workers, medical staff, psychologists and prosecutors  in a effort to keep young victims from having to retell and relive their abuse.

“A shift needs to happen; the science is clear… we need to fill the gap that exists between the sentencing and the impact of this crime”

In an interview with CBC yesterday Sheldon Kennedy said the centre handles 125 investigations a month, and the majority of children are between the ages of 4 and 12. “A shift needs to happen; the science is clear” he said, citing numerous statistics linking the correlation between childhood sexual abuse and later problems in life that cost society millions of dollars.

Graham James said that at the time of his offenses he did not understand the effect of his crimes. And at a previous parole board hearing said, “I don’t think I can change attraction, but what I can change is my behavior.”

Sheldon Kennedy, who now runs the Respect Group, with partner Wayne McNeil, says he doesn’t believe James has changed, “I hope he doesn’t reoffend but I’m not convinced that he won’t.”