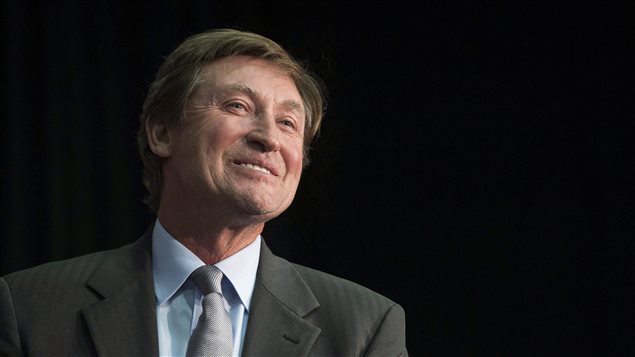 Wayne Gretzky is a hero to many in Canada. The NHL hockey star has 60 league records, which still stand, 18 years after his retirement. He spent 20 seasons on the ice between 1979 and 1999, winning 4 Stanley Cups

Known as the “Great One”, the 55 year-old is looking back over a life in hockey and sharing stories, some of them for the first time.

This Saturday, October 15th, his book, ‘99: Stories of the Game’ will be on store shelves. It will be under a lot of Christmas trees this year, if people can wait that long.

“The arena was heaven. It was where I wanted to be all the time.”

In an interview with Jonathon Gatehouse of MacLean’s magazine, Gretzky shared how a great memory is an awesome asset in the game, and why he only wore used skates!

When asked about a passage in the book on hockey legend ‘Rocket Richard’ who played for the Montreal Canadiens, describing the rink as a sanctuary, Gretzky agreed enthusiastically.

“Oh, it was my favourite part of my life. As my time went on, I started going to the arena at two o’clock or three o’clock. Just to sit around and talk to the trainers and have a cup of coffee and think. Nobody could get to me. Nobody could call me, nobody could ask me for something. The arena was heaven. It was where I wanted to be all the time.”

Wayne Gretzky is returning to the NHL for the league’s 2017 centennial celebrations. He will be the official ambassador.