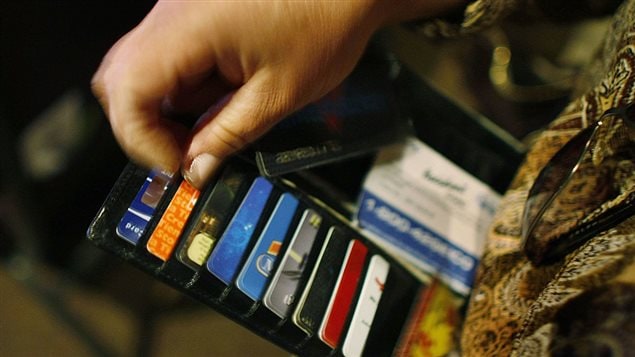 The average Canadian will owe more than $22,000 not including the mortgage by the end of next year, TransUnion predicts.
Photo Credit: Joe Raedle / Getty Images

Canadians continue to pile up massive amounts of non-mortgage debt and the trend is likely to continue for at least two years, according to a new study.

The typical Canadian now owes $21,686, said the report published Thursday from credit monitoring TransUnion, which found the average debt load increased by 3.2 per cent this fall, compared to the same period a year ago.

The average credit card debt has risen by two per cent this year and stands at $3,954. But the biggest growth has come in the category of instalment loans, short-term loans that typically come with much higher interest rates. Average balances on instalment loans have risen 6.8 per cent in the last year to $24,782 — a $2,200 increase from two years ago.

“Canadians continued to add debt in the third quarter, with balances increasing across most loan types,” said Jason Wang, TransUnion’s director of research and analysis in Canada. “The recent government outlook of weak economic conditions may have led some consumers to believe low interest rates will be here for a long time, which could result in pushing balances even higher due to low expected borrowing costs.”

The authors of the report warn that it’s especially important for lenders to continue monitoring and stress testing their portfolios to ensure they can maintain stable performance when interest rates do eventually rise.

“Stress testing is critical, because a recent TransUnion study found that 700,000 Canadians may not be able to absorb even a ¼-point interest rate hike,” the report said. “Up to one million consumers could be impacted by a full one percentage point rate hike.”

For now, however, it seems Canadians are able to keep their heads above water.

The number of people who are delinquent on their bills, which means they are more than 90 days behind on payments, is at 2.7 per cent. Last year, it was at 2.62 per cent. 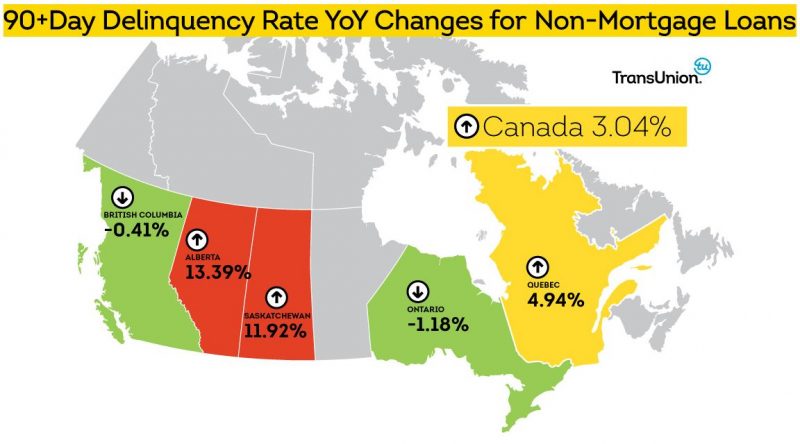 If current trends continue, the delinquency rate will improve to 2.63 per cent by the end of next year, TransUnion said.

“Delinquencies remain low on an overall basis, and that is a critical component for the larger Canadian credit picture,” said Wang. “It’s a sign that Canadians are largely able to manage their debts and make their payments on time every month. However, we will continue to monitor the trend for any potential signs consumers are having more difficulties managing their debt levels.”

The agency expects Canadians to borrow even more in the near term, though, forecasting that the average debt load could eclipse $22,000 per person by the end of next year.