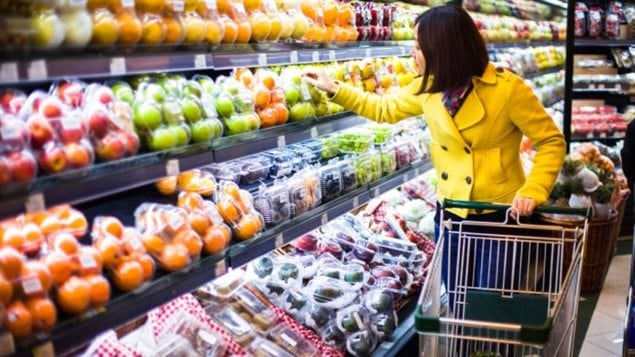 Prices for food purchased from stores recorded their largest decline since July 1992, down 2.1% in the 12 months to October
Photo Credit: Shutterstock

Annual inflation rate 1.5 per cent in October, despite cheaper groceries

Statistics Canada says the consumer price index in October was up 1.5 per cent compared with a year ago, despite a drop in food prices.

Prices were up in six of the eight major components with the transportation and shelter sectors contributing the most to the year-over-year increase.

The transportation index rose 3.0 per cent in the 12 months to October, following a 2.3 per cent gain in September.

“This acceleration was mainly attributable to gasoline prices, which posted a 2.5 per cent year-over-year increase in October, after declining 3.2 per cent in September,” the Statistics Canada report said.

The data analysis agency says the shelter index posted its largest increase since January 2015 as it rose 1.9 per cent compared with a year ago.

Compared with a year ago, food prices posted their first drop since January 2000 as they fell 0.7 per cent in October.

Prices of fresh fruit, meat, dairy products and fresh vegetables declined compared with a year ago, while prices for fish, seafood and other marine products went up. 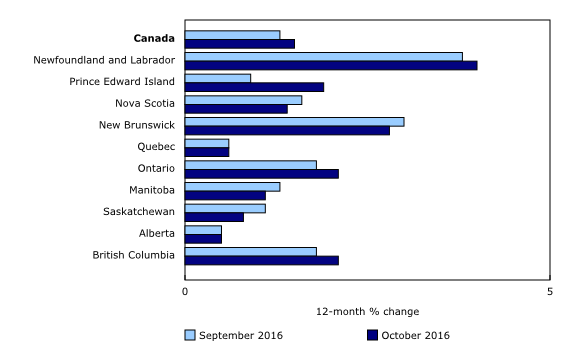