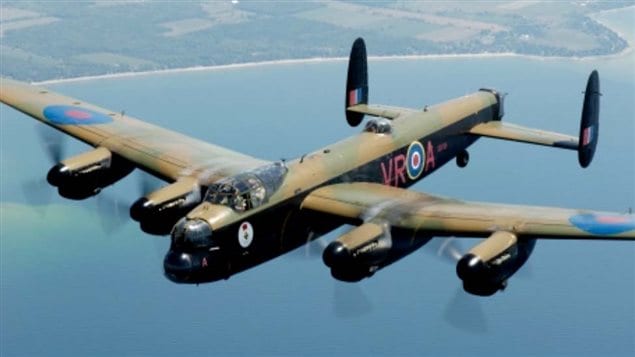 The Avro Lancaster is one of the most iconic aircraft of the Second World War.  Of the over 7,000 built, about half survived the war, yet there are only a handful still in existence.

In light of the news that a deal has been struck to save  what is probably the last restorable Lancaster bomber, although it will never fly again, we talk to a man intimately involved with one of the world’s only two airworthy Lancasters.

Craig Brookhouse runs an automotive repair/restoration business but has fallen in love with this big plane and flies as the engineer aboard.

Most Canadians, and most people around the world, inundated with Hollywood movies, simply do not know that during the Second World War, Canada was a major and vital supplier of men and materiel to the Allied war effort.

Of the only two airworthy examples, the one in Hamilton Ontario is the result of many years of very hard and dedicated work, mostly by volunteers at the Canadian Warplane Heritage Museum  .Although fairly complete when acquired, the plane required a complete, painstaking, complex overhaul over the course of many years before it could get back in the air.

Hamilton’s Mynarski Memorial Avro Lancaster Mk X bomber was built at Victory Aircraft in Malton, Ontario in 1945.  It’s one thing to see heritage planes as monuments on pillars, but a thousand times better to see and hear it in its element, in the air. © Rick Radell

Craig Brookhouse, an automobile technician, had long admired the big plane and became involved in its restoration and maintenance somewhat indirectly.

Since then he has fallen in love with the aircraft and become one of the many dedicated people who keep this heritage machine airworthy as an active reminder and tribute to the ten thousand Canadian aircrew who never returned from the war.

He is one of a large group of dedicated volunteers who help maintain the aircraft in flying condition. An increasingly difficult task given that parts have to be sourced from among the few remaining around the world, often through investigative work like detectives, and many parts now have to be fabricated from scratch, a difficult and expensive task.

Brookhouse says that every single time he goes up in the plane, he is reminded of the courage and sacrifice of the air crews of long ago.